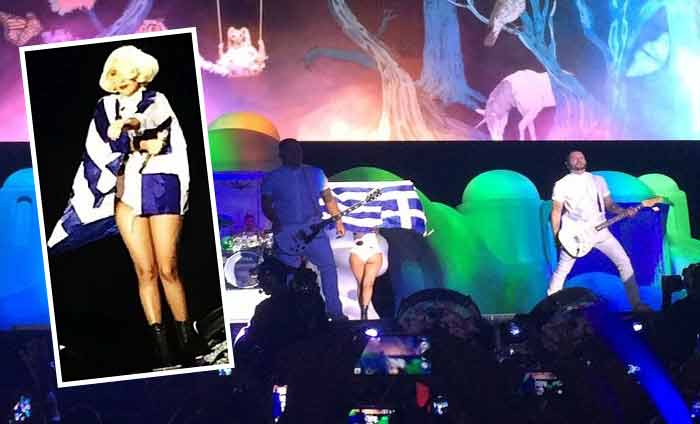 Lady Gaga and her long-anticipated concert took place tonight in Athens, Greece. Holding one of the most desired tickets, fans gathered in the Athens Olympic Stadium to admire the popular and eccentric pop singer’s performance that started at 9 pm. A large stage has been set up and Lady Gaga rewarded fans with a spectacular show. The concert began with singer Alex Kavvadias, who became famous as a member of the “Matisse” group.
The concert set is designed in a way that brings the singer closer to her fans, regardless where they stand. The corridors, made of semi-transparent material, are connecting the main stage with the smaller stages built around it, going all the way to where fans are situated. Fans will be able to walk and dance in these corridors, while observing the show through a new perspective. 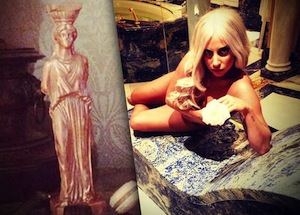 The 28-year-old pop diva, who arrived in Athens on Wednesday, had already caused panic and admiration. She showed up at the airport dressed as Botticceli’s Venus, while a little later, after receiving a warm welcome from fans outside her hotel, she posted half-naked pictures from her suit’s bathtub, while she rejoiced the hotel hospitality. She even uploaded a photo of a chocolate Caryatid.
Lady Gaga’s Athens performance was part of her ArtRAVE: the ARTPOPBALL tour, supporting her third studio album Artpop (2013). The tour began on May 4 and is scheduled to end on November 24.

Vaccination Rates Improve in US States with Spiking Coronavirus Cases