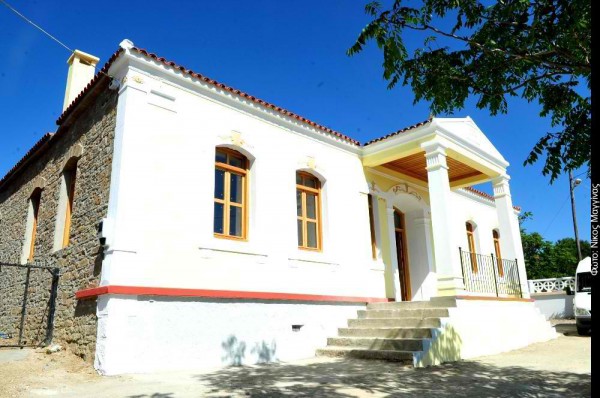 Turkish Education Ministry prevented the opening of Imbros‘ Greek school on the grounds that the building was not “ready to operate” in the upcoming school year, started on September 1.

After being closed for 50 years, the Private Imbros Greek Primary School reopened on September 17 last year, with four students enrolled. After the elementary school started giving lessons to the four students at its facility in the island’s Zeytinliköy neighborhood, the local Greek community launched an initiative to establish a high school at the beginning of 2014.

Editor-in-chief of Greek newspaper “Apoyevmatini” Mihail Vasiliadis told Turkish newspaper “Today’s Zaman” that the decision of the Turkish government has driven the Greek community to despair.

“This is not just about a school. We should look at this case from a broad perspective; everybody [that belongs to a minority group] — such as Kurds, Greeks and Armenians — has problems in this country. And those problems have arisen due to the lack of pluralism and tenuous democracy in the country,” he said.

The school would receive eight students, whose families, rooted in Imbros, were returning from Greece.

Laki Vingas, elected representative of the Non-Muslim Foundations in Turkey and Council Member of the General Directorate of Foundations in Ankara, said the Greek community needs the state’s support. He pointed out that they offered the use of a primary school in Zeytinliköy until the maintenance work at the school was completed, however the plan was not approved.