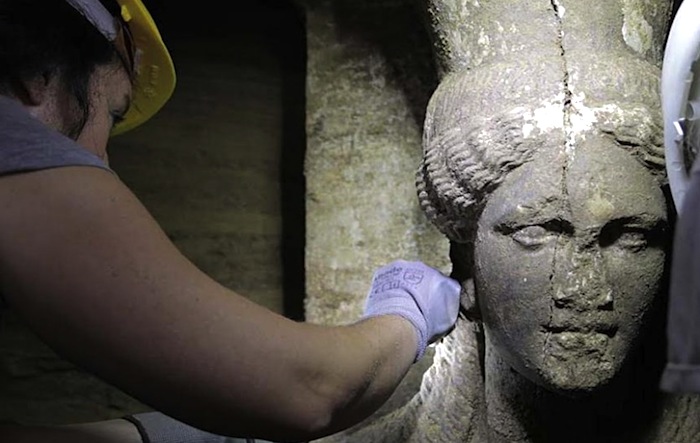 Two caryatids (sculpted female figures) of exceptional artistic value were unearthed on Saturday during excavations by archaeologists in Ancient Amphipolis Casta tomb, northern Greece. Specialists noted on Sunday that the new discoveries further support the view that the monument is of major importance.
According to a Culture Ministry announcement, the western caryatid’s face is saved almost intact whereas the eastern caryatid’s face is missing.
The western caryatid’s right arm and the eastern caryatid’s left arm are both outstretched, as if to symbolically stop anyone attempting to enter the tomb.
The technique used is the same as the two sphinxes already found during the excavations. Traces of red and blue color were found on the figures, referring to Kore female statues.
The two Caryatids were built by marble from Thasos island with exceptional artistry, and according to specialists, this discovery is of enormous importance, as it points out that the person buried in the grave is probably someone high up in the Macedonian hierarchy.
There is a second, 4.5 meters wide, sealing stone wall in front of the Caryatids, following the technique of the tomb’s entrance wall. It is another attempt on behalf of the manufacturer, to stop anyone attempting to enter. 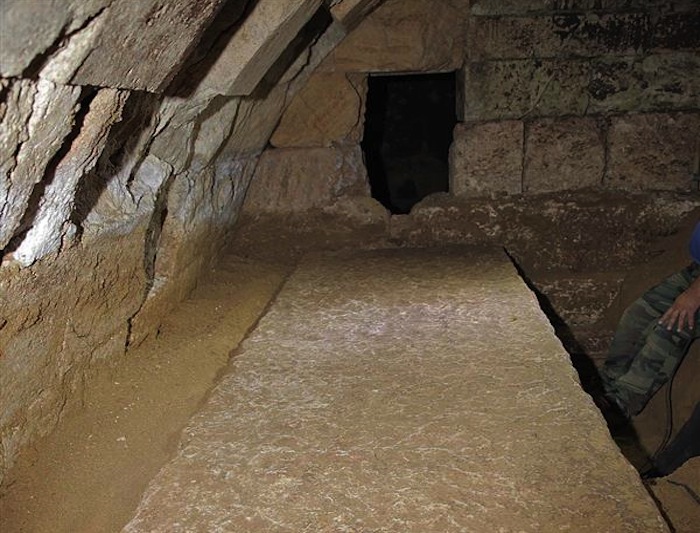 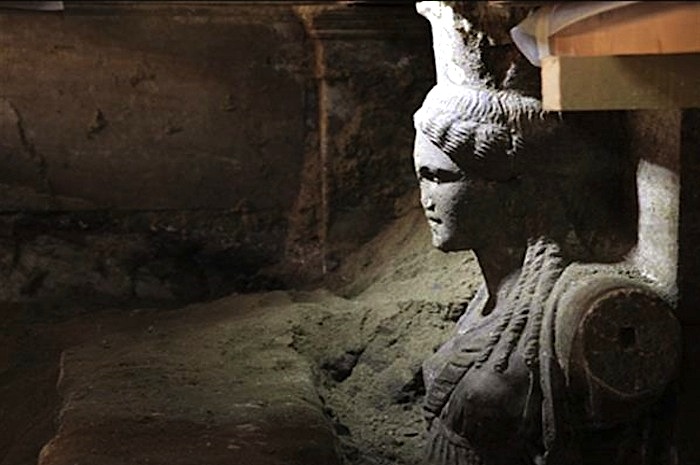 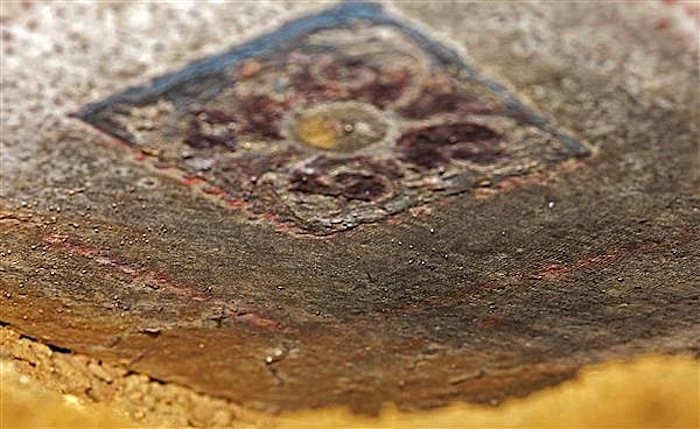