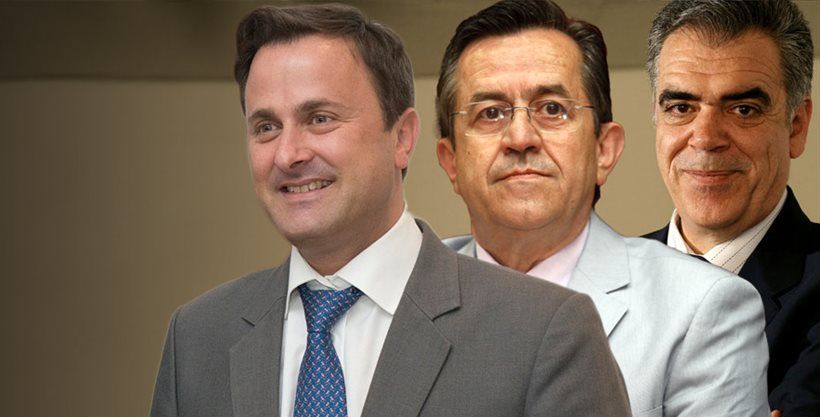 A tweet by Independent MP Nikos Nikolopoulos mocking Luxembourg Democratic Party Prime Minister Xavier Bettel’s decision to take advantage of his country’s “gay marriage” law did not go unnoticed.
The tweet – in Greek – referred to a Europe of “faggots” and prompted Bettel’s reaction, who asked for a translation. Nikolopoulos did not translate but he did try to deflect responsibility by stating that he copy-pasted it from a blog article. Bettel responded with a second tweet that was reassuring to Greek people who don’t hold the same views as the Greek MP.
Nikopoulos was bombarded with criticism on the social media site.
Diplomatic friction was averted and the matter could have been left at that, had Deputy Foreign Minister Dimitris Kourkoulas not entered the Twitter war with a double tweet, one in half English/half Greeklish and one in French.
Kourkoulas wrote: “Dear PM, Thank you for helping us unveiling the dirty face of some of our politicians “einai PSEKASMENOI”( Psekasmenoi refers to some who think that chemicals thrown in the atmosphere are responsible for inappropriate or stupid behavior).
Nikopoulos is a former Deputy Labor Minister in Antonis Samaras’ government and was considered a close ally of the Greek Prime Minister before resigning in opposition to the terms of Greece’s bailout.
The independent MP is currently campaigning against an anti-racism bill which is set to include tougher sentences for those who commit homophobic or racist acts. The bill “will be the end for the family institution,” Nikopoulos has warned. Greece has seen a surge in homophobic attacks in the past year, with the increase partly blamed on the rise of the fascist Golden Dawn party, as “EU Observer” comments in an article dedicated to homophobia in Greece and Nikolopoulos’ tweets.
Independent MPs call on Nikolopoulos to quit group
A parliamentary group comprising 15 independent lawmakers asked member Nikos Nikolopoulos to resign Friday over his homophobic tweet concerning the Luxembourg Prime Minister Xavier Bettel.
“We unreservedly condemn the unacceptable, provocative and racist statements by a member of our parliamentary group,” the remaining MPs said. “The content and attitude of this kind of language is in conflict with our ideology and political beliefs.”
The deputies called on Nikolopoulos to apologize and to quit the parliamentary group.