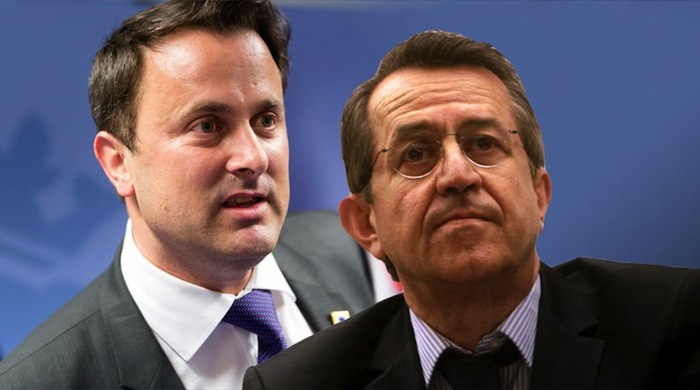 Greek Independent MP Nikos Nikolopoulos, who is known for his outspoken views on the topic of gay marriage that he believes “bombs the family”, wrote a homophobic and offensive tweet on his Twitter account regarding the marriage of Luxembourg’s Democratic Party Prime Minister Xavier Bettel. Bettel announced last week that he and his male partner would be among the first in the country to take advantage of their recently passed “gay marriage” law.
In order to further support his theories on homosexuality, he chose Bettel as an example, and wrote the following on his Twitter account: “FROM EUROPE OF NATION STATES… FA*GOT MATES !!! The Prime Minister of Luxembourg got engaged with his beloved one!!”
In an attempt to deflect responsibility, he explained that the offensive message wasn’t his but copy-pasted from a blog belonging to Kyriakos Tobras.
Supporters of gay marriage bombarded Nikolopoulos with comments demanding an explanation. The debate was so intense that the tweet made its way to Bettel, who wrote: “Hello, I heard you want to tell me something, but I don’t speak Greek. Sorry”
The Greek MP didn’t respond personally to Luxembourg’s Prime Minister but he did retweet a more polite version of his previous tweet : “From the brutal attacks and barrage of sewerage, I respond: “From the Europe of European Nations to the womanly… in other words those who move the obloquy.”