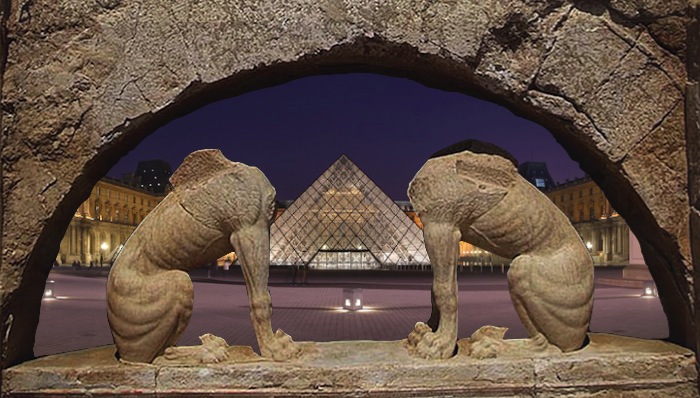 A prominent Greek historian claims that it is possible for the Louvre Museum in Paris to possess artifacts from the ancient Greek tomb currently being excavated by archaeologists in Amphipolis, Greece.
The fame of the ancient Greek treasures allegedly hidden in the Amphipolis tomb has recently raised concerns whether the monument will be found intact, or if it had been looted in the past.
Historian, Sarantis Kargakos, speaking to Antenna TV, said that the tomb has been looted in the past and that the monument’s interior won’t be intact.
“At the spot where Ancient Amphipolis is found, a village named Neochorion, where Bulgarians used to live was destroyed in 1941-1944. The residents destroyed 20% of their homes, while it is possible that at the same time they looted the tomb, by digging a hole near the Lion of Amphipolis. Another scenario is that the tomb was looted by French officers found in the area during World War I, who used the stones found around the ancient tomb to build their ramparts,” noted Kargakos.


The historian also linked the possibility of the tomb being looted with the exhibit “In the kingdom of Alexander the Great-Ancient Macedonia” who took place at The Louvre in Paris three years ago.
“Where did they get what they claimed to be Ancient Macedonian artifacts at their exhibit?” said Kargakos posing his question to the Ministry of Culture and to Louvre’s management.
The head of the Archaeological Museum of Thessaloniki, Poluxeni Veleni, who is also among the people that worked for the Louvre, denied Kargakos allegations that the museum exhibited artifacts in addition to the ones given by the Greek Ministry of Culture.

“The Louvre Museum does not posses any ancient Greek artifacts from the area Amphipolis,or, from the newly discovered tomb,” said Veleni to Greek Reporter.
She further added that all exhibits that the Louvre Museum possesses have been “officially given to the Museum by the Greek State” and are not “unknown” to the Greek authorities.
She also noted that the Ministry of Culture has collaborated well with the Louvre Museum many times, and that the exhibition “In the Kingdom of Alexander the Great-Ancient Macedonia”, whose cost was covered exclusively by the Museum, attracted a record 265 thousand visitors in 80 days.
Greek Reporter has sent a request for comment to the Louvre Museum, however, we have not received a response on the matter yet.