GRNews
GreekReporter.comGreek NewsEnvironmentDemolitions in Downtown Athens to Begin in September

Demolitions in Downtown Athens to Begin in September 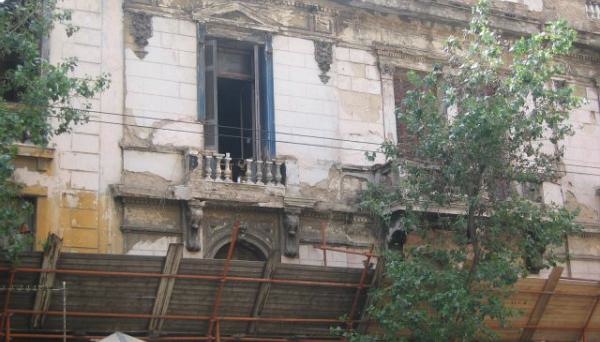 Over 1,800 abandoned buildings in downtown Athens have come under scrutiny by the Environment Ministry, and in cooperation with the Municipality of Athens these buildings will be demolished, starting in September.
Most of the buildings slated for demolition are in the area of ​​Kerameikos-Metaxourgeio- Psirri and Koumoundourou Square while several others are scattered throughout the  Greece ‘s city, in areas such as Patisia, Agios Panteleimonas, Kolonaki and Exarcheia.
According to Ethnos newspaper, both sides have been working closely in order to decide on the exact number of buildings to be demolished and those that can be saved. As a senior Ministry official said to the newspaper, it is estimated that approximately 500 of the buildings can be saved and transformed into offices, businesses or be put to public use.
According to the same source, demolitions may not be total, but only partial. Initially, the buildings targeted will be those located around squares, in order to offer more space for regeneration. To implement the project, they are designing a program similar to the one implemented in tourist areas such as Vyzitsa and Pelion, where the state had undertaken to restore and reconstruct the settlements and after holding on to the properties for some period, handed them over to their owners.
“Our objective is for specific interventions in collaboration with the Municipality of Athens to enable redevelopment or demolition of abandoned buildings for the creation of open public spaces, to deal with focal points of dereliction and neglect,” said the Environment Minister.