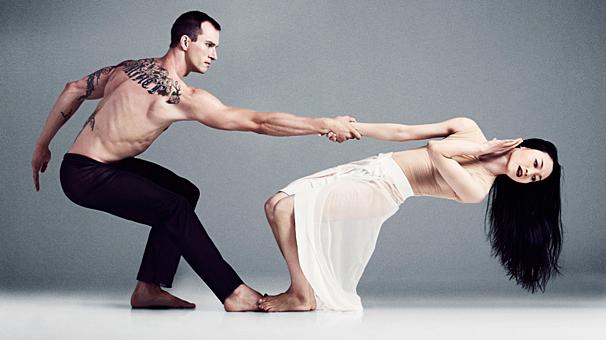 Martha Graham, one of the greatest American dance companies, has carved its own path in dance history. This year it celebrates the long and dynamic relationship between choreographer Martha Graham and Greece and the group will visit the country for performances and seminars.
The tour will begin in Nafplio (5/7) and will continue in Thessaloniki(7 & 8/7). Then it will go to Ithaca (10/7) and will end in Athens (12/7) with a unique show at Herodion, as part of the Athens Festival.
The group picks a theme each year and all performances are based around the theme. This year’s theme is “Myth and Transformation” which honors Greece through a series of works inspired by Greek mythology.
Martha Graham was always attracted by the heroes and heroines of Greek drama and projected Greek mythology through her work. Clytemnestra, Agamemnon, Jason, Penelope, Ulysses and their stories were at the core of her projects and the principal material for a long, important artistic period in the life of the great choreographer, dancer and dance teacher.
The project performed in Greece will include the “Appalachian Spring” choreography and “Errand,” borrowed from the Greek legend of Theseus. The performance will take place in co-operation with the humanistic organization Lifeline Hellas and all money raised will be donated to neonatal intensive care units in the local peripheral hospitals of Crete,Patras,Larisa,Ioannina and Alexandroupoli.
Martha Graham Dance Company is considered a national cultural heritage by Americans. Throughout its  history, the group has brought Graham’s work into more than 50 countries and its shows have been performed in some of the most important cultural venues worldwide. Graham’s artistic work is like a museum’s treasure of great value. Famous personalities such as Mikhail Baryshnikov, Margot Fonteyn, Liza Minnelli, Rudolph Nureyev, Maya Plisetskaya and Kathleen Turner have participated in some of the 181 choreographic works Graham has created.