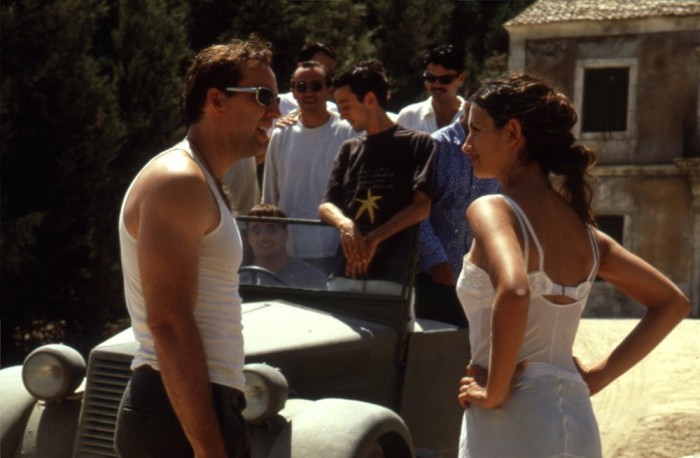 Means of transportation is not the only way to travel. Movies can also transport you to different places around the world in the most unusual way. So if you’re looking for something to put you in the mood for a traveling adventure in Greece, sit down and watch a couple of these fantastic flicks with a bowl of popcorn, a glass of wine, and a friend. It’s the next best thing to actual travel!
The American online newspaper The Huffington Post wrote a tribute about how travel movies set in exotic locations can inspire the viewer to visit them. The article mentions some movies that have been filmed in Greece.
Some of the greatest movies set in Greece that will make movie lovers to want to visit and enjoy the beautiful things this country has to offer are the following:
http://www.youtube.com/watch?v=w7h6T22cw9c
Summer Lovers
Summer Lovers is a 1982 movie starring Peter Gallagher and Daryl Hannah filmed on the Greek island of Santorini. Movie fans have a chance to admire the beauty of the island, the clear blue sea and the spectacular sunset through this film.


Captain Corelli’s Mandolin
The famous movie was filmed in 2001 on Greece’s Ionian island, Cephalonia. Nicolas Cage is the Italian Captain Antonio Corelli who falls in love with a local girl (Penelope Cruz) during World War II and their moving love story fascinated the viewers and led to a significant increase in the island’s tourism.
http://www.youtube.com/watch?v=AKcIG8D8FOY
The Sisterhood of the Traveling Pants
This American movie was filmed in 2005 and describes the lives of four best friends, who are about to spend their summer apart from each other. One of them, Lena, chooses to come to Greece to visit her grandparents where she is to meet the love of her life.
http://www.youtube.com/watch?v=bcSqZzR9xFY
The Bourne Identity
The movie filmed in 2002 is about a secret agent who lost his memory and after many traveling adventures he finds his beloved Marie on the Greek island of Mykonos. Both Matt Damon in the role of the secret agent and the beautiful landscapes of the Greek island were praised by audiences.

Before Midnight
Before Midnight is a 2013 American romantic drama film and the sequel to Before Sunrise and Before Sunset. Set on the Greek Peloponnese peninsula and starring Ethan Hawk and Julie Delpy, Before Midnight received wide acclaim.
Apart from these five worldwide known successful movies there are more films that promote Greece’s beauty.
Some of them are the following:
Boy on a Dolphin, filmed in 1957 on the Greek island of Hydra; Zorba the Greek set in Crete in 1964; La Route de Corinthe, set in the city of Corinth in 1967; Le Grand Blue in the island of Amorgos in 1988; For your Eyes Only, filmed in 1981 in Meteora and other places in Greece; The Guns of Navarone in 1961 in Rhodes;, Mamma Mia filmed on the Greek islands of Skopelos and Skiathos and in Pelion; and Escape to Athena filmed in 1978.