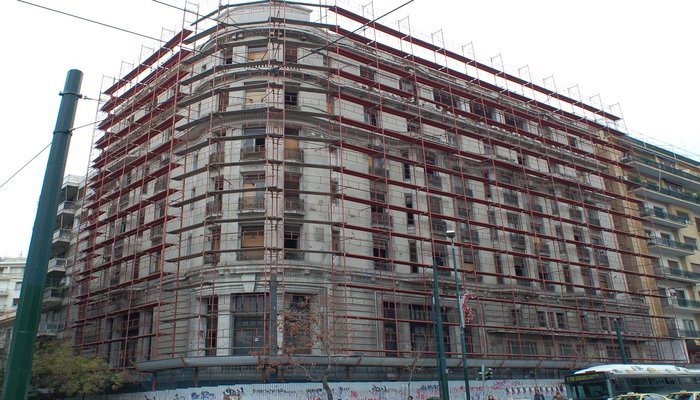 The historic “Acropole Palace” hotel in downtown Athens will be ready to use again in 2015, after the end of its ongoing restoration, as Lina Mendoni, general secretary of the Greek Culture Ministry said in the Central Council for Modern Monuments meeting on May 29. 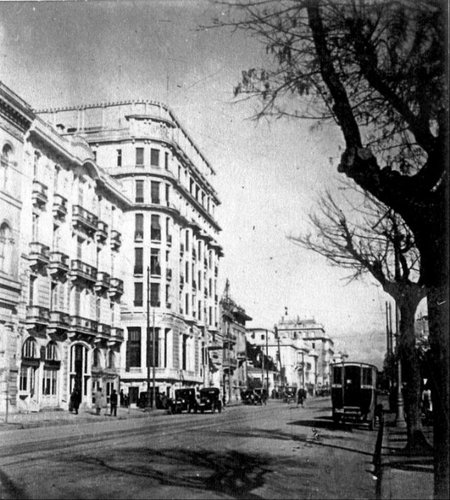 The historic building, located at the corner of Patission Str. and Averof Str. has been undergoing restoration since April 2013, funded by the National Strategic Reference Frameworks. According to Mendoni, the restoration is proceeding nicely and quickly and the renovated building will be used as a special venue for cultural events and programs.
The original hotel was built in 1926 by the Greek architect Sotiris Magiasis. It has been one of the most important Greek buildings of the Art Nouveau architecture and in 1990 it was characterized by UNESCO as a shining example of “Art Nouveau” architecture in Europe.
In 1973, during the Polytechnic revolt, the hotel and its basement hid many students, while renowned photographs and films of the era were taken from its balconies.
Since 1977 the building has belonged to the Greek Ministry of Culture, which approved its restoration plan in 2008. However, after the major fire that broke out at the building in January 2012, modifications to the initial plan have been considered necessary. The modifications were discussed in yesterday’s Central Council for Modern Monuments meeting and were added to the existing restoration plan.