GRNews
GreekReporter.comGreeceGreek Couple to Cross Africa by Car for Charity

Greek Couple to Cross Africa by Car for Charity 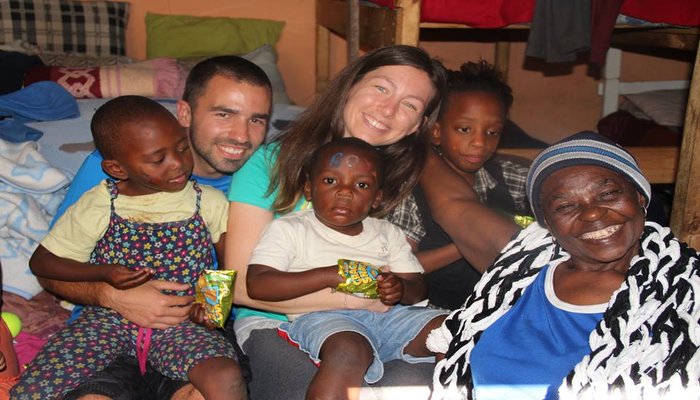 A young and adventurous couple from Greece, Elpis Chrysovergis and Dora Bitsi, will travel across Africa for six months to film a documentary about their trip and to help local charities.
The young couple decided to move to South Africa to work after completing their studies. After almost two years of working in Cape Town, they have decided to return to Greece in an unexpected way. Instead of traveling by plane, the couple will drive across Africa.
As of June 1 and for six months, they will travel from Cape Town to Cairo, visiting various African countries in the cheapest possible way. Their route, entitled AfriQuest, includes stops in Swaziland, Mozambique, Malawi, Tanzania, Rwanda, Uganda, Kenya, Ethiopia, Sudan and Egypt.
Their goal is to film a documentary showing their experiences during their 15,000-kilometer trip and actively help various local charities and orphanages, as well as to meet the locals and other Greeks living across Africa. Among other charities, the couple will volunteer to the Tanzania-based NGO, SANA, founded by the Greek Costa Coucoulis who was born in Burundi.
Furthermore, the couple has launched an internet campaign to raise money for their trip and, thanks to generous donations, are already close to their target. The money raised will not cover the personal expenses of the couple. They will be used instead for editing their documentary at the end of their trip, while a considerable amount will be donated to local charities and NGOs.
Anyone can contribute any amount of money at the couple’s fundraising campaign via the crowdfunding website Indiegogo until Thursday May 29.
[youtube]PPhXa-4Y1aE[/youtube]
https://www.indiegogo.com/projects/afriquest-crossing-africa-from-cape-town-to-cairo–2