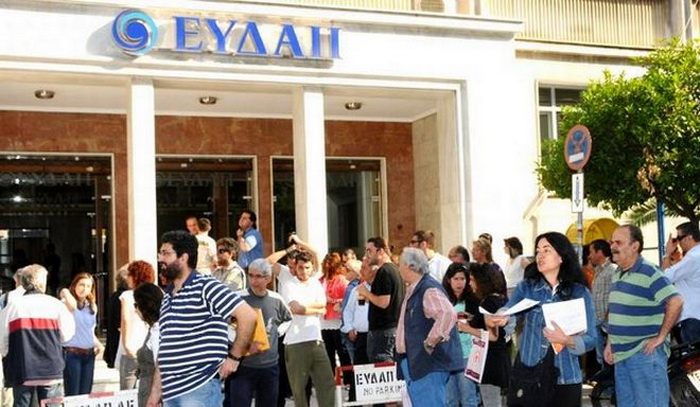 Greece’s Supreme Administrative Court has blocked the planned privatization of the country’s biggest state-owned water utility, Athens Water Supply and Sewage Company (EYDAP), on the grounds that such a decision could endanger public health.
The government had decided earlier in the year to sell a substantial stake of EYDAP’s shares to private investors under the terms of the two bailouts imposed in Greece by its troika of international partners, the European Union, the European Central Bank and the International Monetary Fund.
Greece’s Council of State deemed Sunday that the sale was unconstitutional, as private investments might put public health at risk, with water quality deteriorating under private control. According to the provisions of Articles 5 and 21 of Greece’s Constitution, the state is responsible for its citizens’ health, and also guarantees the right to the protection of public health.
Prior to the Council of State’s decision, the Greek state had already transferred, with no exchange, 34.033 percent of EYDAP’s share capital (36,245,240 shares) to the Hellenic Republic Asset Development Fund (TAIPED).
“We are awaiting to receive the ruling to assess its possible impact on the privatisation,” a TAIPED official told Greek news agency ANA-MPA on condition of anonymity, while court officials were not available for comments.
The government holds a 61 percent stake in EYDAP, with a further 27 percent floating on the Athens Stock Exchange, where EYDAP has a value of €984 million.
A hedge fund run by U.S. billionaire investor John Paulson revealed earlier this month it was holding a 10 percent stake of the company.