The Amazing Story of the Greek Community of San Andres, Peru 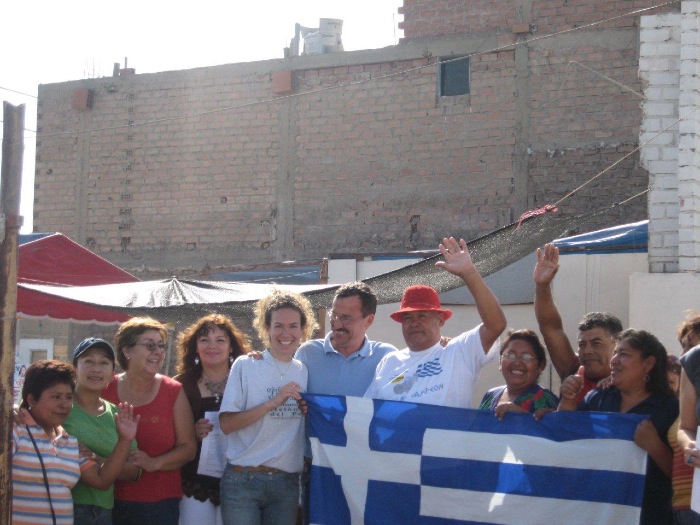 People living today in the small town of San Andres, Peru, have Greeks to thank for the fact that they are alive today.

Because of them, and the local women they married, they have lived to tell the tale of what happened during a horrific massacre which occurred during the 1880 war between Peru and Chile.

This tale of love and the cruelty of war all began in San Andres, a small village on the Pacific coast of Peru.

In 1880, Chilean soldiers invaded San Andres and began an indiscriminate slaughter of the entire population of the town. But living among the Peruvians were seven Greek merchant mariners. During their travels to the west coast of the Americas, they had come to like Peru and they decided to leave their ship and stay behind in San Andres.

Some of them married local Peruvian women and started new families.

When the Chilean massacre began, all the Greek men gathered in one house, presumably with their in-laws and friends, and locked the doors. They all waited out the invasion together, in safety but in anguish, hearing the horrific sounds outside, and not knowing what could possibly be in store for them as well.

The Chilean soldiers succeeded in completely wiping out the Peruvian population of San Andres, but — miraculously — did not go near the house which was flying the Greek flag.

The descendants of those seven original Greek sailors, now of the 6th, 7th and some of the 8th generation, who now number approximately 650, constitute the Greek community (“Colonia Griega”) of San Andres.

There are approximately one thousand Greeks living in Lima, Peru today, many of them the descendants of this tight-knit community which had lived through so much.

Most Peruvian Greeks have never been to Greece. Yet every year, they not only commemorate the day the lives of their ancestors were spared, but they celebrate several other Greek days as well – March 25th, October 28th, Pascha, and others.

Surnames such as Komninos, Gikas, Papafavas, Falkonis, and Constantinou are the most common last names in San Andres. Many of the descendants don’t look overly Greek in appearance, since there has been intermarriage with Peruvians for many generations.

But the deep ties to the Greek homeland remain strong. When they hand a grandmother the Greek flag to hold before hoisting it on the flagpole, she clutches it with deep emotion, shouting ”Mi sangre, mi sangre” (My blood!, my blood!). Watch the video below: