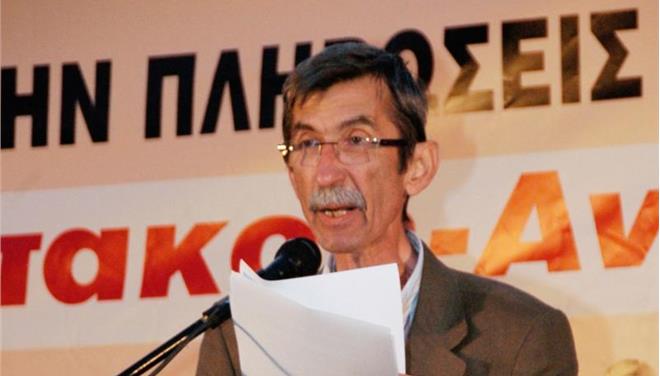 Babis Angourakis, a KKE MEP died last night from aortic dissection, after major heart surgery and hospitalization in the intensive care unit of Onassis Cardiac Surgery Center.
Babis Aggourakis was born in 1951 in Bucharest, and he was a leading member of the Greek Communist Party (KKE).
He graduated from the University of Dresden with a degree in Computer Engineering and a Ph.D. where he also worked as an assistant in the Department of Informatics until 1978.
Angourakis used to be a Member of the Central Council of KNE since 1975, and became a member of the Central Committee of the Communist Party in 1985.
In 1997 he was elected as MP of the Communist Party and by 2000 he was a member of the Parliamentary Assembly of the Council of Europe.
He was elected MEP for the Communist Party for the first time in 2009.
Angourakis was injured on March 6, 2013 in the center of Athens, when riot police intervened to prevent a team of protesting workers from reaching the Greek Ministry of Finance.