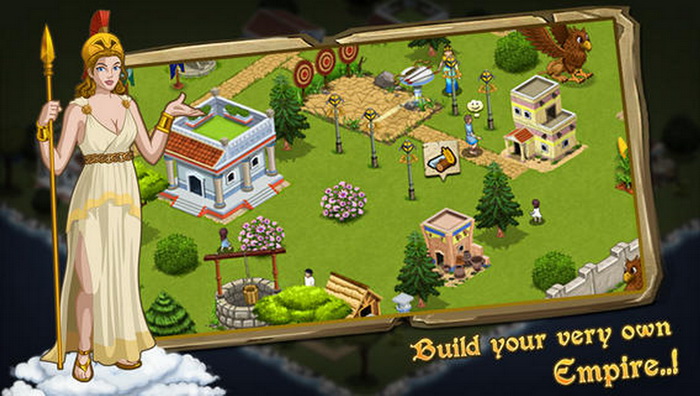 Greek mythology is a fascinating topic, with fake gods, goddesses, demigods, heroes and oracles of ancient Greece inspiring thousands of different ideas. If you are also a passionate mobile gamer and interested in games featuring all the above characteristics, then you should definitely get a hold of the following top five Greek mythology games to spend your time while travelling with your smartphone.

Immortalis (Aeria Games) is a digital collectible card game, where the game’s monsters, creatures and heroes are drawn from a broad range of mythological traditions. The game is as much about aesthetic design as it is about game design. Immortalis is available for Android in the Amazon Appstore, the Google Play Store and the iTunes App Store and is free to play.

Slots – Titan’s Way (TOPGAME) is a Vegas-style slot machine game with a mythological motif. Greek deities and heroes dominate this game, while various machines with different styles of play are located in themed virtual rooms. Slots – Titan’s Way is also free to play and available in the iTunes App Store, the Google Play Store and on the web as a Facebook app.

Immortal City (YesGnome, LLC) is a simulation city-building game that tasks the player with creating a new mythical realm, which lies at a crossroads of the Underworld, Atlantis and Olympus. In each realm, false gods and legendary heroes give the player quests based on legends, mythology, wars, and historical events. Immortal City is free to play and is available in the iTunes App Store.

Fury of the Gods lets players step into the sandals of a vengeful Greek god and discipline their unruly adherents. Players choose one of three different Greek mythological deities as their avatar: Zeus, Poseidon, or Hades. Each campaign has a collection of baddies, as gods, monsters and idols march on the player’s temples. Fury of the Gods is free to play and can be downloaded from the iTunes App Store.

Titan: Olympus War (KingkongGames) is a collectible card and social strategy game fusion. Players face off against both invading titans and other players to expand and defend their own sacred territories. There are up to ten divine cities to build and 190 territories to capture. Titan is available in the iTunes App Store and currently costs $0.99.