Famagusta's Othello Tower To Be Restored 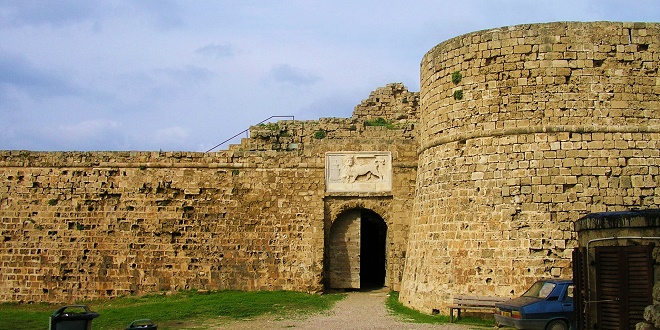 Restoration work on the Othello Tower in the Turkish-occupied Cypriot city of Famagusta will begin in the next few days, according to Takis Hadjidemetriou, chairman of the Joint Technical Committee on Cultural Heritage.
The Othello Tower built by the Venetians in 1496 above the gates of the eastern coastal wall in the old town of Famagusta. It was, until the Turkish invasion in 1974, one of the most visited sites in Cyprus, and greeted cruise-ship passengers into the city’s famous port.
The restoration project is one of the largest that the committee, comprised of both Greek and Turkish Cypriots, has ever undertaken, and will be funding by the committee’s savings from previous European Commission grants.
“We expect the approval of the United Nations Development Programme Partnership for the Future (UNDP-PFF) on the contractor who will undertake the restoration work at the Monastery of Apostolos Andreas in Rizokarpaso,” said Hadjidemetriou.
The monastery restoration work will be funded by Christian and Muslim religious organizations in Cyprus to the estimated tune of five million euros, which will be managed by the Technical Committee on Cultural Heritage, which will also oversee the work.
Meanwhile, more than 3,000 people are expected to attend the Good Friday service at the Ayios Giorgios Exorinos church in Famagusta, the first such mass since 1957.
Famagusta Bishop Vassilis, who will perform the historic ceremony, in statements to the Cyprus News Agency yesterday, called it a miracle.
“I wish and hope that this time everything will go well, not only for the service but also that a solution will be found so that Famagusta can come alive again,” said the bishop.
“The desire of people to return is so great that it is truly remarkable but I would personally prefer to avoid giving the issue any political dimensions,” he added.