TechNews
GreekReporter.com Greece Venizelos: What Happened with Baltakos is Extreme and Unthinkable

Venizelos: What Happened with Baltakos is Extreme and Unthinkable 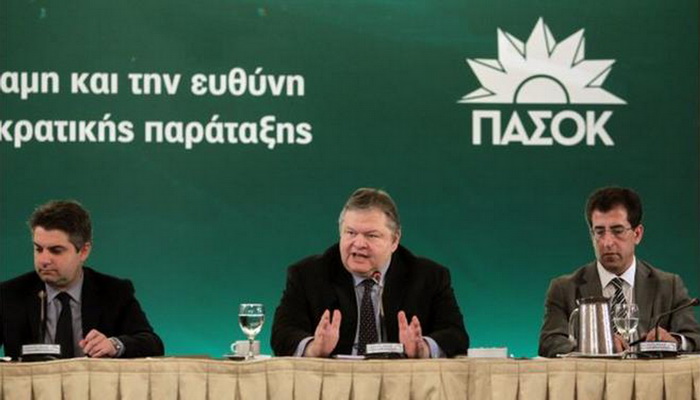 Earlier on Sunday, PASOK leader and Greece ’s Deputy Prime Minister Evangelos Venizelos, held a press conference at a centrally located hotel in Athens on the priorities of his party and the ongoing domestic political developments for the upcoming European Parliament elections in May.
“The stability of the country is a national asset, which no one should call into question directly or indirectly,” Venizelos said in his introductory speech.
Referring to Golden Dawn, Venizelos mentioned that the party “is a fully functional criminal organization, as seen also in the case of Mr. Baltakos.”
“The incident with Baltakos is an extreme phenomenon, I had given warnings about him which is the reason I said it’s the same old story,” said the PASOK leader on the recent incident of the disclosure of a video showing Samaras’ chief of staff talking with a Golden Dawn MP, and continued, “I am pleased that the Prime Minister stated his opinion very clearly on each of his officials. He found Mr. Baltakos’ conduct unacceptable and unthinkable, took charge of monitoring his staff and politically constraining them.”
Venizelos also argued that the importance lied in the great cooperation between the two party leaders, who are responsible and guarantors of the framework agreement. “Apart from that, if there is an official who disagrees, he can always leave.”
Venizelos also noted, “Political issues are the subject of the cooperation and the discussions we leaders of the two parties have. Mr. Baltakos wasn’t able to dictate policies.”
“The abeyance of Papandreou is political”
During the press conference, Venizelos also referred to the recent actions undertaken by the former Greek PM and party leader George Papandreou, underlining that Papandreou’s abeyances are political.
“The first person who should be in favor of us exiting the memorandum and the crisis is Mr. Papandreou,” Venizelos said, and added, “PASOK will go on. Internal party problems don’t exist, what had to be said, has been said.”

A tiny islet off the coast of Attica near the Kaki Thalassa area has such a shape that it gives the impression it features a swimming pool.
Canada