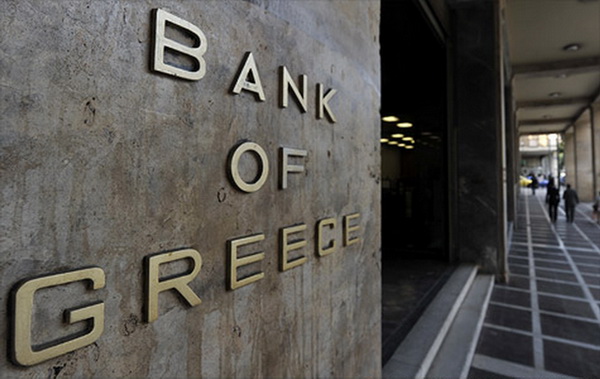 According to the Bank of Greece data, business and household deposits dropped from 161.02 to 160.5 billion in January.
Since the beginning of the year, Greek deposits showed a decrease which reaches 2.7 billion euros for the first two months of the year.
Total deposits have fallen by about 77 billion euros from their April 2009 peak  of 237 billion euros.
Greek banks granted even fewer loans to businesses and households during February. According to the Bank of Greece data, the loans to the private sector declined by 4 percent compared to the same month of 2013.
More specifically, in February 2014, the net flow of credit to businesses was negative by 439 million euros (February 2013: negative net flow 457 millions) while the annual growth rate remained at -5.2 percent, the same as in January 2014.
The net flow of credit to self-employed, farmers and individual businesses, in February 2014, was negative by 19 million euros.
The mortgage and consumer loans to households fell in February by 3.3 percent, following a decline of 3.4 percent which was recorded in January. More specifically, the debt of mortgage loans reached 71.2 billion euros recording a decrease of 3.3 percent while consumer loans decreased by 3.4 percent to 28.1 billion euros.