Video-Games Based on Greek Archeology and Mythology 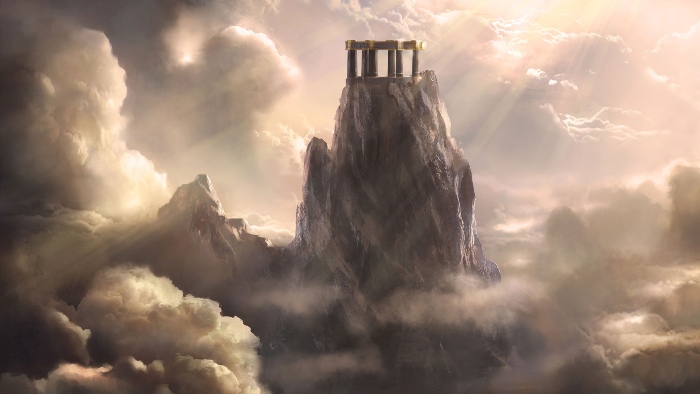 Greece ’s archeology and mythology is without doubt very rich. Many times in the past it has been a great source of inspiration for many writers and film directors. The history and mythology of Greece encompass a plethora of remarkable events and achievements; from great empires to incredible figures — mythical ones as well as ones that really existed. The Video game industry soon realized that Greece’s cultural heritage could become an endless source of inspiration and basis for many games, stories and titles.
There are many attempts by enterprises which have an active presence in the video game industry, to set up games based on Greece ’s archeology, history or mythology, even from the early stages of the industry. Some were successful and some others not. Either way, gamers all over the world love the idea of reviving historic battles through their consoles and PCs or taking control of legendary Greek heroes and live their myth. Below, we are going to record 4 games that were based on Ancient Greeks…..
1) ZEUS: Master of Olympus(PC 2000)
This is a 14-year-old game made for the PC and backed up by great reviews. All you need to do is to build vineyards and wineries, olive orchards and presses, colleges and podiums, theaters and drama schools. You’ll need to set up farms and fisheries to feed people, allocate pasture land to provide fleece, mine bronze, silver and marble to produce armor, coins to construct temples for religious worship and entertainment. You’ll have to keep the gods appeased and famous heroes such as Hercules, also make an appearance in the game.
2) God of War (Series)
God of War is an award-winning, critically acclaimed, and best-selling action-adventure video game series loosely based on Greek mythology. The first part of the series was released in 2005. The central character of the series is Kratos, a Spartan warrior tricked into killing his wife and child by his former master, the God of War Ares. Kratos eventually kills Ares at the behest of the goddess Athena and takes his place as the new God of War, but is still haunted by the nightmares of his past. Kratos is eventually betrayed by Zeus, the King of the Olympian Gods. Revealed to be a demigod and the son of Zeus, Kratos now seeks revenge against the gods for their machinations. What follows is a series of attempts to free himself from the influence of the gods and the Titans and to get his revenge. Each game chapter forms part of a saga with vengeance as a central theme.
3) Assassin’s Creed: Revelations
It is the fourth major installment in the Assassin’s Creed series. The main part of the story takes Ezio who is the main character of the series to Constantinople. The game lends an authentic feel, when certain characters that are encountered throughout the game like Ezio, speak Greek.
4) Heroes of Hellas (PC, 2008)
This is a puzzle game. You must help Zeus reclaim his stolen scepter by solving levels full of sparkling elements that need to be eliminated from a honeycombed game board. Along the way you receive assistance from famous heroes, earn trophies, collect wallpaper and learn about some of the most famous stories deriving from Greek mythology.