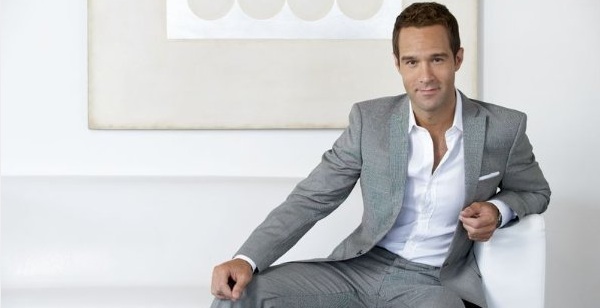 NBC’s thrilling drama “Hannibal” is welcoming Chris Diamantopoulos to its second season as a guest star.

“Hannibal” is based on characters and elements appearing in the novel Red Dragon by Thomas Harris and focuses on the budding relationship between FBI special investigator Will Graham (Hugh Dancy) and Dr. Hannibal Lecter (Mads Mikkelsen), a forensic psychiatrist destined to become Graham’s most devious enemy.

Diamantopoulos will appear in the eighth episode of Season 2 alongside Jeremy Davies. According to TV Guide, Davies is set to play Peter Bernardone, “an animal rescue worker who becomes a suspect when a bizarre murder is discovered at a stable where he once worked,” and Diamantopoulos will play Clark Ingram, Peter’s longtime social worker who perhaps has a bit too much influence on his client’s life.

Check out Diamantopoulos in the new season of “Hannibal,” which premieres on NBC Friday, Feb. 28 at 10/9c.