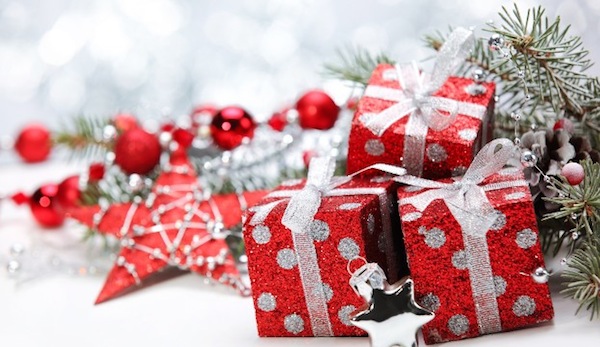 You can’t really celebrate Christmas without giving  your loved ones gifts and cards, whether they are big presents, or small, the aim is to simply put a smile on their faces. The festive mood of the twelve days of Christmas may have taken over the original religious spirit of Christmas, but the ancient traditions of exchanging gifts survives to date.
The exchange of gifts and many other aspects of Christmas contribute to the increasing economic activity among both Christians and non-Christians; something that makes this holiday a significant event and a key sales period for retailers and businesses. The economic impact of Christmas is a factor that has grown steadily over the past few centuries in many regions of the world, but have you ever wondered where this custom really traces back to?
The tradition of exchanging gifts among Christians is associated with the generosity of St. Basil of Caesarea and St. Nicholas, or Nikolaos of Myra, and the gifts of gold, frankincense and myrrh that were given to the infant Jesus by the Biblical Magi.
In Greek tradition, St. Basil is the one to bring gifts to children every January 1 (St Basil’s Day) — unlike other traditions where Father Christmas arrives either on December 6 (Saint Nicholas Day) or on Christmas Eve (December 24).
St. Basil, being born into a wealthy family, gave away all his possessions to the poor, the underprivileged, those in need, and children.  According to the legend St. Basil called on the citizens of Caesarea to raise a ransom payment to stop the siege of the city. Each member of the city gave whatever they had in gold and jewelery. When the ransom was raised, the enemy was so embarrassed by the act of collective giving that he called off the siege without collecting payment. St. Basil was then tasked with returning the unpaid ransom, but had no way to know which items belonged to which family. So he baked all of the jewelery into loaves of bread and distributed the loaves to the city, and like a miracle, each citizen received their exact share, or so the legend goes. In some story-telling a singing chieftain is replaced with an evil emperor levying a tax, or simply with St. Basil attempting to give charity to the poor without embarrassing them.

However, a similar story exists for another Greek bishop, Saint Nicholas of Myra, who is said to have helped a poor man marry off his three daughters even though he could not afford a proper dowry for them. Back then, this would mean that they would stay unmarried and probably, in absence of any other possible employment, would have to become prostitutes. Hearing of the poor man’s plight, St. Nicholas decided to help him, but being too modest to help the man in public (or to save the man the humiliation of accepting charity), he went to his house under the cover of night and threw three purses (one for each daughter) filled with gold coins through the window opening and into the man’s house.
Over the centuries the two legends have blended together and today, the Western Santa Claus remains associated with Nicholas, while the Eastern “Santa” is identified with Basil.
Another version on the tradition of gift giving wants the three Biblical Magi, Gaspar, Melchior and Balthasar, to be the ones that started this custom of Christmas by bringing gold, frankincense, and myrrh to the Christ child on Epiphany, the day on which the infant was presented. The three magi have been described not only as wise men, but also as kings or Persian priests and astrologers.
The custom actually dates back to the Roman Empire’s popular Saturnalia, a celebration commencing on December 17 to December 23 in honor of god Saturn. The Sigillaria on December 23, was a day of gift-giving. Because gifts of value would mark social status contrary to the spirit of the season, these were often the pottery or wax figurines called sigillaria made specially for the day, like candles, or “gag gifts.”Children received toys as gifts. In his many poems about the Saturnalia, Marcus Valerius Martialis (Martial) names both expensive and quite cheap gifts, including writing tablets, dice, knucklebones, money boxes, combs, toothpicks, a hat, a hunting knife, an axe, various lamps, balls, perfumes, pipes, a pig, a sausage, a parrot, tables, cups, spoons, items of clothing, statues, masks, books, and pets. Gifts might be as costly as a slave or exotic animal, but Martial suggests that token gifts of low intrinsic value inversely measure the high quality of a friendship during which gifts were exchanged among those celebrating. The ancient Roman Saturnalia were integrated into Christianity in the 4th century, as a means to mass convert the pagan Roman citizens.
Now, with all the historical traditions and stories at hand, don’t forget to surprise your friends and relatives this season, with gifts. Remember, it’s not necessary that the gifts be particularly expensive (for Greeks it’s the gesture that rather counts than the money behind the present), but more importantly must be original and demonstrate your thoughtfulness and love.