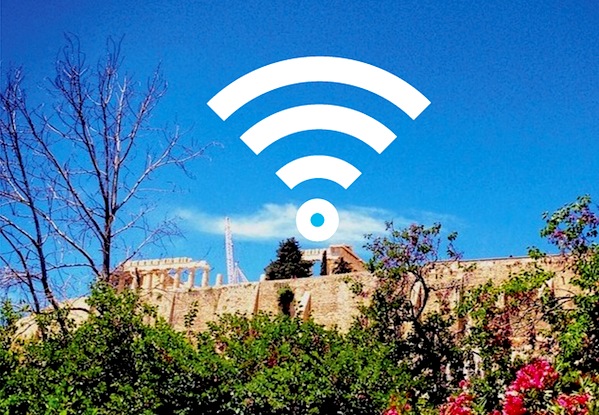 Greek Prime Minister Antonis Samaras announced that he plans to cover Greece with a Wi-Fi cloud and give everybody in the country free internet access. Samaras made the statement during a televised interview broadcasted on Mega TV during which he also spoke about current affairs.

Although he did not offer much detail on how his government would accomplish this nationwide wifi cloud, he said that the process has already started and that Greece will have free wi-fi for all in 2014.

During his televised interview he also mentioned that he will make available to Greek youth that wants to start a business in Greece up to 8% of the new European Union funds that are distributed to Greece, also known as NSRF (ΕΣΠΑ).

Greece is trying to attract investors and give hope to its young generation which is facing up to 60% unemployment and free internet will definitely reduce household expenses by one bill per month.

But there is more to this initiative than just saving money for the average citizen. The Greek Prime minister wants to give a signal to society and the international community that Greece can follow Estonia’s path and become a technology hub.
The Startup Plan to Change a Culture
During his last trip to the USA Antonis Samaras had mentioned that for his government it is a priority to help Greek startups succeed. Answering Greek Reporter’s question on how Greece can reinvent its culture of violent protests and replace them with a culture of prosperity, Samaras responded by offering a plan to help Greek startups.
“This is a major issue and needs a lot of time to be addressed properly. It is not easy to change a culture but we want to help the youth be able to start businesses,” said the Greek PM.
“I understand that many young people have great ideas but no collateral to go to the banks and ask them for funding. We are working towards changing that and I hope soon there will be available funding for Greek start-ups and that young people will be able to go to the banks and get funding just with a great business plan. We want to help and I wish we will have the liquidity to do so.”
“I am also working towards finding a building which will house start-ups without paying rent and make this place a generator of ideas and new companies that will create jobs,” concluded the Greek Prime minister to Greek Reporter.