On Both Sides of the Aegean 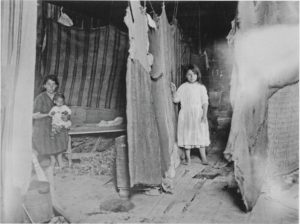 Director Maria Iliou and historian Alexander Kitroeff, who in 2012 presented at the Benaki Museum the documentary entitled On Both Sides of the Aegean which deals with the expulsion and exchange of populations between Turkey and Greece in 1922-1924, once again bring audiences unpublished images forgotten in locked up file cabinets in America and Europe a new perspective.
The documentary includes very rare photographs and footage from American and European archives. For the first time unknown images of the persecution and the exchange of populations from files of the Library of Congress, Princeton University, the Red Cross in Geneva and the American Red Cross and other institutions both in Greece and abroad, come to light.
According to the Benaki Museum official website, the two co-workers pay tribute to the people who lost their homes in the period 1922-1924 .
Historians from America, Europe, Greece and Turkey discuss the greater history of the period while first, second and third generations of refugees from both sides of the Aegean tell their personal stories. The little family tales unfold on the shores of Asia Minor, in the Pontus and in Cappadocia, as well as in northern Greece and Crete.
Indeed, two of the narrators, Kalliopi, the daughter of Greek-Orthodox refugees from Cappadocia and Husnu, the son of Muslim refugees from Crete recount the stories of their families in Turkish and Cretan Greek respectively.