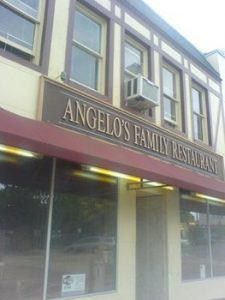 On last week’s episode of the Food Network’s “Restaurant: Impossible,” Chef Robert Irvine and his team moved in on a Greek restaurant in Woodstock, Ill. to revamp a slowly declining business run by two cousins – Angelo Paloumbis and Angelo Mourelatos.

The establishment, aptly named Angelo’s, opened 40 years ago and was running the risk of failure with its outdated decor, lagging menu and family tension. Irvine and his team were given two days and $10,000 to turn things around for Angelo and Angelo.

So far, since the restaurant’s makeover, things are looking up. In a follow-up interview with the Food Network, Paloumbis said the business was “up 20 percent and is holding steady,” adding that the restaurant is now making at least a 10-percent profit. “We’re paying down debt with it,” he added.

Appealing to a younger crowd and being able to hold private parties in the newly designed space, Paloumbis also said some things have still remained the same, like menu options, including the Greek lamb burger.