Angelopoulos' Interview on "My Greek Drama" 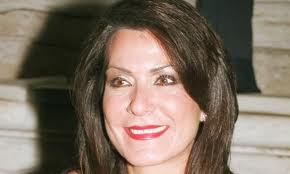 Gianna Angelopoulos’ interview on the occasion of her book , My Greek Drama, which is best seller in the U.S.A and is sold translated in Greek as well, was not limited only to the Olympic Games in 2004, but made clear statements on the current political and economic situation in Greece.
Angelopoulos clarified that she does not attack any politician through her book, but she simply lists the events the way they occurred in the past and insists that in many cases she even protected some politicians.
For the cost of the Olympic Games, she said that the organizing committee had to manage a budget of 1,967 million euros, which left a surplus of 123.5 million, while for the overruns in some constructions she noted that the then government had this responsibility
Talking about her current activities, she stressed that she will not be involved in politics in any way, saying that Greece for many decades now has had a shortfall of leaders. What she does now is invest in young people and help young scientists find ways to implement innovative ideas for the good of the country.