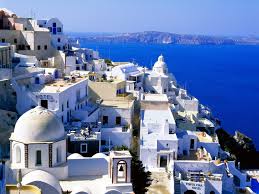 As property prices drop more and more every day across crisis-stricken Europe, British investors have the best opportunities to buy a second house in a sunnier country.

According to a 2013 house index that contains very interesting information about estate prices in 55 countries worldwide, Greece ranks as the cheapest of the cheapest. More precisely, it appears that house prices in Greece dropped by 12 percent in 2012. House prices in Spain fell by eight percent and in Portugal by seven percent.

In general, Europe presents a general fall in house prices compared to other parts of the world where prices rose during 2013.
This unprecedented fall in house prices seems to be a general European phenomenon as there are not only the countries of Southern Europe that present a vertical drop in property houses, but many other countries that apparently are not (yet) hit by the economic crisis.

However, as far as the United Kingdom is concerned, prices there have increased by 0.2 per cent, which is one more argument in favor of them buying property abroad.