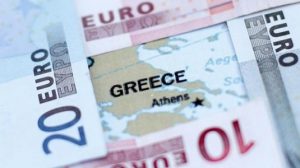 Investment firm Morgan Stanley is uring investors to buy Greek government bonds. According to the Wall Street Journal, the head of the external strategy of the American bank, Paolo Batori, in a recent economic forum, said that “the Greek bonds constitute a top choice that guarantee a stable income for this year”.
That advice can’t be too heartening to previous buyers of Greek bonds whose holdings were devalued 74 percent, nearly wiping out some investors in the Diaspora who had put their money and faith in their homeland.
Prime Minister Antonis Samaras, who during his campaign last year pledged that he would hold them harmless and restore their losses, ignored them the moment he took office, leading some to invade his New Democracy Conservative party headquarters last year and vandalize his portrait. Party officials told them he’d look into their concerns, but they were ignored again.
Batori also estimates that the risk of Greece’s exit from the Eurozone has been minimized, while he is optimistic regarding the prospects for growth. Moreover he claims that this year there’s a clear improvement of the macroeconomic indicators, with the economy returning in a positive route in 2014, while he points out that, as the reforms will begin to produce results, the tough austerity measures will subside.
He doesn’t preclude a new restructuring of Greece’s debt, but in any case he predicts that, by the end of the year, the return of the 10-year Greek bond will reach 9.5 percent. On May 2, the return of the 10-year bond fell below 10%, for the first time since the restructuring of May 2012, when it soared close to 30%.