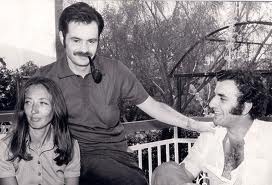 Thirty seven years have passed since the death of Alexander Panagoulis and on May 1, as every year, his memorial service will be held.
Panagoulis was a politician, poet and actively participated against the dictatorship of the Colonels. However, he became widely known outside the Greek borders for his participation in the assassination attempt of the dictator Georgios Papadopoulos, on 13 August, 1968. The attempt failed and Panagoulis was imprisoned and tortured by the regime.
After the fall of the junta in 1974, Panagoulis undertook the presidency of the Youth Organization of the Center Union party, known as O.N.E.K., and then he was elected member of the parliament for Athens, as a member of the Center Union (E.K). 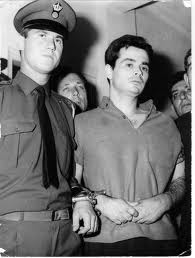 Panagoulis was killed on 1 May, 1976 in a car accident at the age of 36. His death was considered an accident, although there were many who didn’t believe that, as he was killed a few days before revealing the files of the junta’s military police, which were in his possession.
Apart from his political activity, he was also known for his relationship with the distinguished Italian journalist and author Oriana Fallaci, who, in her book A Man, refers to Alexandros Panagoulis and their relationship. His death devastated the dynamic journalist, who never believed that it was an accident.
The memorial service will be held On May 1, at 12:00 at the First Cemetery of Athens.