“A Green Story” Opens in Theaters May 24th 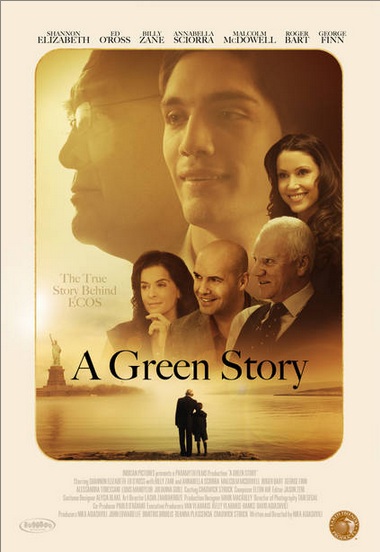 National rollout begins on May 24th in New York City.

Indican Pictures announced today that it has set May 24th, 2013 as the theatrical release date of the Van Vlahakis biopic, A GREEN STORY.

Showtimes for A Green Story.

“A Green Story” officially kicked off at the 2012 Los Angeles Greek Film Festival. The film is a biographical tale based on the life of Van Vlahakis, a Greek immigrant who traveled to the US with just a few dollars and ended up creating one of the most successful green products to hit the market through his company, Earth Friendly Products.

The film will have a roll out in national markets starting with the Cinema Village in New York City and the Cinemart Cinemas in Forest Hills, NY. A GREEN STORY chronicles the life of Van Vlahakis (played by Ed O’Ross), a Greek immigrant who arrived in America with only $22 in his pocket and eventually founded the multi-million dollar Green company, Earth Friendly Products, maker of the #1 selling green laundry detergent in the world, ECOS.

Indican has recently acquired all foreign rights and currently holds all theatrical, television, ancillary and VOD rights in North America.

“The films emphasis on earth friendly products combined with one man’s vision to sustain a healthy planet is very timely”, said Randolph Kret, VP of Indican Pictures. “Especially as we face the challenge of global warming and the continued battle of corporate greed versus humanity.”

A GREEN STORY was filmed in Los Angeles, Chicago and on location in Greece.