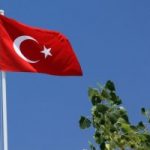 With Cyprus hoping to fold in possible revenues from embryonic exploration of gas reserves off its coast into a revenue-raising package to satisfy international lenders who are withholding a 10 billion euros ($13 billion) bailout until the government can find a way to produce 5.8 billion euros ($7.5 billion) on its own, Turkey has warned of a “new crisis” in the eastern Mediterranean if Cyprus goes ahead with it.
Turkey, which does not recognize the international Law of the Sea, has its eyes on the potentially lucrative energy findings in the Aegean Sea and said that the island’s natural resources also belong to Turkish Cypriots who have occupied the northern third of the island since an unlawful Turkish invasion in 1974.
“The idea of the Greek Cypriot Administration of Southern Cyprus (GCASC) to offer the natural resources of the island as collateral for a solidarity investment fund or any other borrowing scheme to be established due to its current economic crisis, ignoring the inherent rights of the Turkish Cypriots who are co-owners of the Island, is a dangerous manifestation of the illusion of being the sole owner of the Island, which may lead to a new crisis in the region,” the Foreign Ministry said in a statement.
“The Turkish Cypriot side has made two calls of cooperation to the Greek Cypriot side for an equitable sharing of the natural resources, on 24 September 2011 and 29 September 2012. The Greek Cypriot side, however, has not responded positively to these calls up to date. It is not acceptable that the Greek Cypriot side uses the economic crisis it is facing as an opportunity to create new fait accomplish,” added the ministry.
Cyprus’ official position is that natural gas revenues will be shared by all Cypriots but Ankara called for talks on this issue and the matter of reunification to speed up. “It is not our preference that the problem we are facing should lead to a crisis. We sincerely believe that it should constitute an opportunity and a new beginning for peace and a lasting settlement,” the Turkish Foreign Ministry said.
“The Turkish Cypriots will never become a minority in a Greek Cypriot state. Turkey will not allow this in any way. However, Turkey will respect the preferences of the two peoples on the Island. As this preference could be for establishing a new partnership – of which the parameters are well known – if the Greek Cypriots are to act unilaterally regarding the natural resources in the south of the Island and if they do not desire a partnership with the Turkish Cypriots, it could also be for the negotiation of a two state solution,” Ankara added.