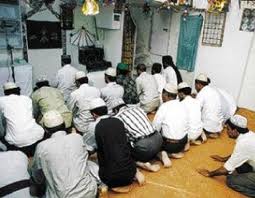 “Greece has rejected Turkey’s offer to finance the construction of a mosque in Athens, the only European capital with no mosque”, the Turkish newspaper Zaman reported.

“The Greek government will fund the construction of a mosque in Athens,” Deputy Foreign Minister Costas Tsiaras noted in Parliament, rebuffing Turkish Prime Minister Recep Tayyip’s offer to pay for the cost. Muslims in Greece have been demanding the government pay for an official place of worship.

The Turkish press, in an attempt to pressure the Greek government to accelerate the process of the construction of the mosque, noted that Greece is the only country among 15 founding members of European Union not to have a mosque in its capital. There is substantial opposition to the idea in Greece from religious and nationalist groups.