A Guide to Greek Drinks and Drinking

Drinking alcoholic beverages has a symposium-like and festive quality abundant at celeberations in Greece, especially on name days, birthdays, holidays, weddings, gatherings, graduations and christenings. It’s part of everyday life and drinking in moderation proves healthy for the human organism, medical surveys show.
Alcoholism is not a social phenomenon in Greece and drunkness is not easily accepted in public, yet the light-headedness and spirits rising after some glasses of retsina or tsipouro are appreciated. Tourists are tempted to try the unique flavors of Greek alcoholic beverages which have their origins lost in the shrouds of the past but manage to survive to date through the locals’ preference.
There is no legal age in Greece and some suggest this is why most children learn to drink moderately. Clubs and retail stores sell alcoholic drinks to those overf 16 and lately driving laws and regulations have become stricter to avoid alcohol-related car accidents. 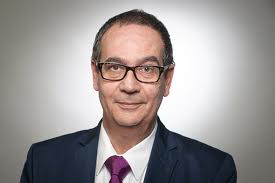 Tsipouro
Tsipouro is a Greek traditional distillation product from the pomace of grapes (the residue of the wine press) particularly brewed in  Thessaly (Tsipouro Tyrnavou,) Epirus, Macedonia, Mani Peninsula and the island of Crete, where Cretans call it tsikoudia. Tsipouro is a strong distilled spirit containing approximately 45 percent alcohol. Other areas of Greece use the name raki.
According to tradition, the first production of tsipouro was the work of Greek Orthodox monks. This occurred during the 14th Century on Mount Athos in Macedonia. The idea of using the pomace left over from the wine-making process produce a distilled spirit was passed to viticulturists in poorer regions across the country.
Depending on the time of year, tsipouro is used either as refreshment or as a hot beverage, and depending on the time of day, it replaces for many the drinking of coffee or wine. It is usually served in shot glasses, with ice, often with delicious meze including feta, ham, olives, tomatoes, halva or other desserts in restaurants.
Ouzo 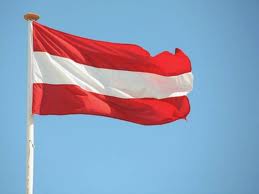 This anise-flavored aperitif is a symbol of Greek culture and has many scores of thousands of enthusiasts in Greece and Cyprus. Deriving from the anise flavored version of tsipouro, modern ouzo distillation largely took off in the beginning of the 19th Century following the Greek independence fight, with production blooming mainly on the island of Lesbos, which claims to be the originator of the drink and remains a major producer. In the early 20th Century when absinthe was gradually abandoned, ouzo rose as the new substitute.
In 1932, ouzo producers developed a method of distillation using copper stills that is now the standard method of production. One of the largest producers of ouzo today is Varvayiannis, located in the town of Plomari in the southeast portion of Lesbos, while in the same town Pitsiladi, a variety of high quality ouzo is also distilled.
Ouzo is traditionally mixed with water, becoming cloudy white, and served with ice cubes in a small glass. Ouzo can also be drunk straight from a shot glass. Served with a small plate of a variety of appetizers called mezes, usually small fresh fish, fries, olives and feta cheese, ouzo has a smooth yet distinctly sweetened taste that can bring light-headedness in only a few shots. 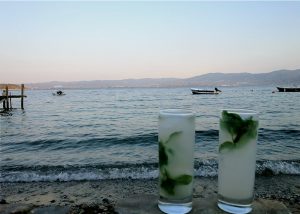 Ouzito
Ouzito, as you may have imagined is a coctail with ouzo. The Greek answer to mojito – as many call it- is a mix of mint, lemon, soda water, sugar and ouzo. Making the coctail you can also use Coke instead of soda water in case you want it to be more sweet and have a less liquerish taste. Ouzito is moreof an after food drink, rather than a drink to accompany your food. 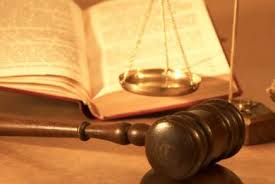 Retsina
Retsina has been something like the national beverage for Greeks since the 1960’s. Produced from Greek white (or rosé) resinated wine, the beverage has been made for at least 2000 years. Its unique flavor is said to have originated from the practice of sealing wine vessels, particularly amphorae, with Aleppo Pine resin in ancient times.
Popular legend has it that the evolution of retsina stems from the Roman conquest of Greece. Stories claim that the Romans plundered the wines of Greece, angering the citizens who turned to pine resin as a way of extending their store of wine and as a deterrent to their thirsty conquerors. The harsh flavor was said to put off the Romans, who refused to drink the bitter ferment.
In Greece, local retsina is produced throughout the country with widely popular brands being Malamatina, Tsantali, Kourtaki and Georgiadis. Major production centers around Attica, Boeotia and Euboea. Retsina should be served extremely cold, and in wide, open glasses along with delicious savory, spicy meze.
Wine 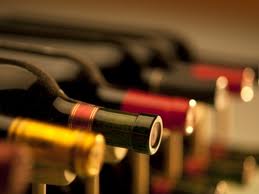 Greece is one of the oldest wine-producing regions in the world dating back some 6,500 years. In ancient Greece, wine was produced in households or communities and soon became a main product of trading between the Mediterranean people. The geographical anatomy of the country and its climate serve the brewing of some 300 elegant indigenous wine varieties in the best possible way, such as in Assyrtiko (Santorini island,) Aghiorgitiko (Peloponnese,) Malagousia (Macedonia,.) Robola (Kephalonia,) Mavrodaphne (Peloponnese and Ionian islands,) Amorgiano (Rhodes and Crete) and many others.
The vast quantity and flavors of Greek wines make it imperative for everyone to taste a glass of God Dionysus’ liquor with their food. When in a restaurant remember to share your wine from the karafe or bottle because that’s common when eating with Greeks.

Beer has been brewed in Greece since 1834 when the father of brewmaster Johann Karl Fuchs came to Greece as the official brewer of the newly-appointed King of Greece, Otto. In 1864 he founded the Fix brewery in Athens that would become the first major brewery in the country.

Fix (or Fix Hellas, its most common trademark) became synonymous with beer in Greece, enjoying a monopoly in the country for about 100 years until the mid-1960s, operating a number of factories that also produced soft drinks. The brand has had a strong comeback since 2000 with producers making special references to its historic legacy and original taste, thus boosting sales.

Heineken (the Green) and Amstel (the Red) are two brands of beer that have taken gradually most of the Greek beer market, although they are more expensive and try to squeeze out Greek beers from competing with them. The listed beverage business John Boutari Holdings SA – Greece’s leading wine producer and distributor – produces Mythos beer which is another very popular brand among Greeks and foreign visitors, while Vergina, in northern Greece is locally brewed.

There are many local breweries and microbreweries, which aim at high quality products instead of massive production. Craft Beer was begun in Athens in 1997 and brews six unique varieties full of aroma and flavor. Royal, Epos, Pale Ale Special & Real Ale bitter are distinct varieties coming from a small size yet modern brewery based on the island of Corfu.

Macedonian Thrace Brewery, Piraiki Microbrewery, Brinks brewery from Rethymno, Microbrewery Septem and the Athenian Brewery, which makes the popular Alpha Beer are others competing for the attention of drinkers.
Metaxa is a cognac-like distilled invented by Spyros Metaxas in 1888. It is a blend of brandy, spices and wine, although its top line doesn’t use wine to allow for a drier taste. It is exported to over 60 countries and was the first liquor consumer in space. It has won a number of international competitions and now is owned by a French company.