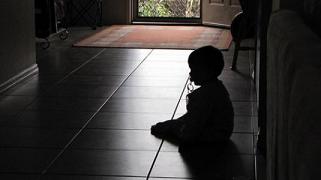 Greece’s Interior Ministry has denied that a list it compiled of the nationalities of nursery school children was designed to provide information to the neo-Nazi Golden Dawn party which wants all immigrant children expelled from the schools.
The ministry said that ethnicity is not a criterion for admission to the schools and its report that 96 percent of the children are Greek, two percent come from other countries within the European Union and two percent from countries outside the bloc.
In a question to Parliament earlier this month, Golden Dawn MP Ilias Panayiotaros demanded that the ministry give numbers of immigrant children placed in kindergartens across the country.
Speaking at a party rally before the June elections he said that, “should Golden Dawn enter Parliament, it will carry out raids in hospitals and kindergartens so as to throw out all illegal immigrants and their children.” The party won 18 seats in the Parliament on an anti-immigrant platform and has been accused of assaulting them.
The Interior Ministry said it asked municipalities only for general statistical data and was not bending to the party’s demands, but the newspaper Kathimerini said that ministry officials had originally complied with Golden Dawn’s request as several schools across the country said they  received documents from local authorities asking for information on foreign schoolchildren. A Cretan municipality reportedly turned down the request saying that, “We will not hand over data of infants to neo-Nazis who openly threaten them.”
Panayiotaros had again demanded details about the number of immigrant children in kindergartens, that are operated by local councils and municipalities. Ierapetras’ Polites en Drasei (Citizens in Action), a left-wing local formation refused to send any information concerning children, fearing they could be targeted. Thodoris Dritsas, an MP from the SYRIZA party, said that, “Municipalities should forbid kindergartens to send any information to the Ministry.”
(Sources: Kathinerini, tvxs.gr)