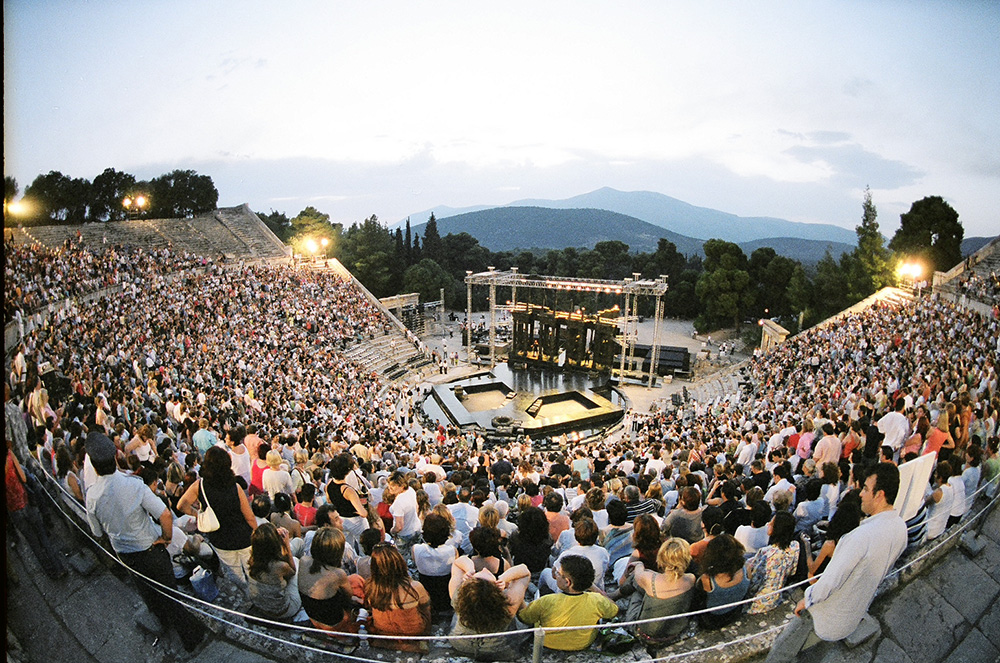 A copy of the famed theater of Epidaurus, built on the campus of the University of Connecticut, was opened in a ceremony on Sept. 29. The replica came about through the efforts of the organization called Education, conceived and implemented by the group’s President, Elias Tomazos, with selected partners, including the Center for Greek Studies, Pedia.

The idea was born in February of 1986 but construction didn’t begin for 20 years, until 2006, with the help of volunteer work of Greek expatriates, which Tomazos said significantly reduced the cost, as did the donation of many materials by Greek Americans and PhilHellenes.

The Pangregorian expatriate organization of Connecticut contributed largely to this effort since since 1990, raising $450,000 to honor Greek heritage.

Coronavirus Cases Spike to Over 3,500 in Greece on Tuesday