About 1.5 Million Immigrants Live in Greece 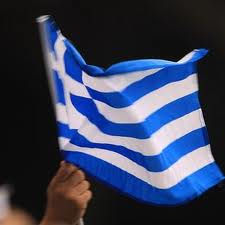 Greek Interior Minister Evripidis Stylianidis stated that figures for legal and illegal immigrants in Greece range between 1,300,000 and 1,500,000 people. He participated in the one-day-lecture entitled “Dual Challenge: Financial Crisis and Immigration” which was held by the Constantinos Karamanlis Institute for Democracy.
According to Mr Stylianidis, this evaluation follows some data released in 2001, that illegal and legal immigrants hovered at 762,000. In 2005 and 2007, following some migration laws that legalized another 500,000 people, this number may have increased while almost half a million illegal immigrants have been arrested, even more than once, since 2005.
European Union Agency Frontex authorities announced that 120 to 350 people make attempts to cross Greek borders on a daily basis. Moreover, 150-200 people apply daily for legal residency status.
According to statistical data on criminality in Greece, non-Greek people living in the country are more involved in violent crimes in comparison to Greeks. “As a result,” stressed Interior Minister, “Greek citizens feel afraid and insecure.”
(Source: tromaktiko)