Greeks Will Get Extra Property Tax in Electric Bills Again 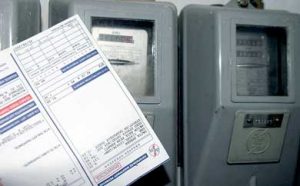 ATHENS – In yet another reversal for the new coalition administration led by New Democracy leader and Prime Minister Antonis Samaras, the government will put a special property tax into electric bills again, after promising it would not – although utility company officials said they were told long again that the bills they sent out would include the tax.
The property tax, which amounts to double the amount of the bill,  was attached to bills sent out last year by the Public Power Corporation (PPC) on the orders of then Finance Minister Evangelos Venizelos, now the leader of the PASOK Socialists. His party and the Democratic Left of Fotis Kouvelis are Samaras’ partners in an uneasy alliance.
Venizelos had decreed that Greeks who did not pay the tax – even if they couldn’t afford it – would have their electricity turned off unless they were dead, sparking a rebellion within PPC and its labor union, whose workers said they would refuse the shut-off orders. Samaras said he would hold the line on new taxes as part of his pledge to renegotiate terms of bailouts with international lenders – which he first reneged on then changed his mind.
After repeated meetings, Finance Ministry officials said the only way to collect the 2.2 billion euros ($2.7 billion) from the special property tax would be to put it in the electric bills again, prompting an immediate denunciation from Kouvelis that those who could not afford to pay should not have their lights turned off. The bill hits working-class Greeks, the elderly and the poor the hardest, the groups who’ve had to endure big pay cuts, other tax hikes and slashed pensions while the rich, and tax evaders costing the country $70 billion have largely escaped.
The Finance Ministry is under pressure from the Troika of the European Union-International Monetary Fund-European Central Fund (EU-IMF-ECB) which has given Greece $152 billion in rescue loans and is readying a second bailout of $173 billion, but only on the condition that the new government continue to impose harsh measures and make another $15 billion in cuts. While the government insisted it tried to find another way to assess the tax, PPC officials said they were told last month to put the tax into the July 23 bill, but said it did not have time to do so. Last year Greeks had to pay their doubled bills in two installments, but this year they will be given five, with the last two due early next year.
Kouvelis, apparently uncomfortable at being associated with the tax that his party had opposed before joining the coalition, said in state television NET that there should not be power cut-offs for those who cannot pay. Recent court decisions had also forbidden cut-offs. “What is currently being discussed is whether this tax will be incorporated in the electricity bill or form a separate pay notice to the PPC bill. I am saying this given that it is one thing having your supply cut – and that should not happen and will not happen – and quite another the burden to have to pay this tax,” said Kouvelis. “An effort is currently underway based on specific data for us to deal with the scaling of this tax that will be proportionate to the taxpayer’s capacity to pay it,” he added.
Deputy Development Minister Notis Mitarakis told SKAI TV that the government cannot abolish the tax this year in line with Samaras’ pledge not to institute new taxes, but promised it would do so next year, even if the government needs the money and the economy has not recovered. “PPC will implement the law and the government may make some arrangements. So far there has been no legislative intervention for the property tax of 2012. If there is a new arrangement, and there will have to be a special settlement for sensitive social groups, PPC will apply the law the Parliament will vote on,” said Mitarakis.