GRNews
GreekReporter.comGreeceDirector Emir Kusturica: 'Whatever Happens to Greece, It Has An Impact on...

Director Emir Kusturica: 'Whatever Happens to Greece, It Has An Impact on the World' 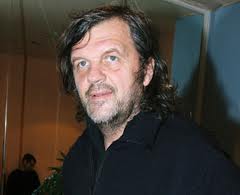 Famous director and writer Emir Kusturica opened the 9th International Book Fair in Thessaloniki, where he presented his new book And Where Am I in the Story?
The Serbian director/writer could not escape questions about the financial crisis and commented on many political issues, as well. “This the end of capitalism,” replied Kusturica in regards to the financial instability all around the world, occasioned by Greece’s bad situation. “Greece is the basis not only of Europe, but also of the world,” he continued.
“You embraced with thrill the EU and its money. When they gave it to you, you took it and spent it all. This is visible everywhere in Greece.” And he explained that Greece is the most important source of Western culture, that’s why whatever happens in Greece, will affect the rest of the world.
“The problem is that people refer to the market as if it were a person. Besides, politicians govern in a financial fascist way, as I call it,” he said.
Kusturica paid special attention to Yugoslavia, and compared the two countries’ political developments. “One of our most important problems is that we cannot deal with the fact we are  so ‘small’ countries,” he admitted. “We need much more time to realize we are small,” he concluded.