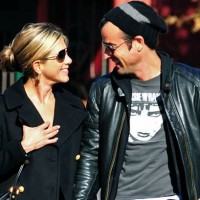 It’s quite obvious that Jennifer Aniston will not be moving back to her native New York any time soon – she’s sold the two city apartments she bought recently.

During her short time in the city, her privacy was invaded by the paparazzi, which was one of the major reasons she decided to move back to LA.

Jen actually paid $7million for the East Side properties, but accepted a $6.5million offer on both – clearly at her loss – simply because she really wanted to move back to LA.

Currently Jennifer is living in a 8,500 square foot Bel Air estate with Justin Theroux. The plan was to create one large home out of the two apartments in NYC, but unfortunately she never really settled into the area. There was no doubt that Aniston loved them, but her circumstances changed and the space provided wasn’t adequate.

During an interview with an Australian radio show, she claimed, “We tried New York. It was a little rough with the paparazzi. It didn’t feel like the New York I grew up in and knew.”