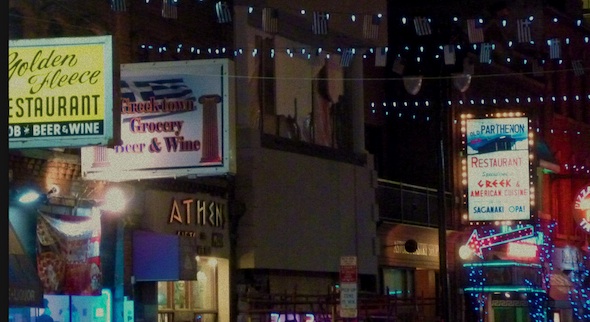 Since its conception, the European Union has been a haven for those seeking refuge from war and poverty in other parts of the world. In fact, for the past twenty years Greece has been one of the top destinations for immigrants from ex-communist countries, Asia and Africa.

But as the latest Greek tragedy unfolds, the tables appear to be turning. In Greece, a new stream of migrants are leaving the country. Debt, unemployment and poverty are causing mass unrest and thousands to seek a better future abroad. A mass exodus of the nation’s youth has added to fears that in addition to failing one or perhaps two generations, Greece stands as never before to lose its intellectual class. From engineers to doctors and managers, Greece’s brightest and best are looking for a way out.

But it’s not only the big brains that are desperate to leave Greece. French Newspaper LeMonde published an article about how Astoria, New York’s “Little Greece,” is being flooded by a whole new generation of immigrants including those who, after years in America, returned to Greece and are now back in the New York town looking for a second chance to pursue the American dream.

Michaelis Klouvas is one of them. It’s been about a year since Klouvas came back to live in Astoria. During his two-decade absence, the area has changed. The last few years, many young professional and hipsters have discovered the neighborhoods and the influence of his native country, which was so present before his departure but now seems to have faded. Astoria has become more diverse. It is multi-cultural, housing immigrants from various countries, such as Columbia, Mexico, Russia and Pakistan.

“Before, there were Greek restaurants, Greek shops. Signs everywhere in Greek,” he recalls. Klouvas explains that once they had made enough money, a lot of Greeks packed up and headed for the suburbs of Long Island or New Jersey. Others, like him, went back home.

“Returning To Greece Was The Biggest Mistake Of My Life”

As many other Greeks who returned back home, Klouvas wishes he had never returned to Greece.

“Biggest mistake of my life,” he says. “But my wife wanted the family back together again.”

For Klouvas, the first years back in Athens were admittedly good and profitable. Business was good, life was good. There was no crisis back then and his restaurant “Arxomani” was a big success. “People used to line up to get in,” he recalls. But then the crisis hit and everything turned upside down, so Klouvas decided to start all over again and head, once more, to the United States. He now works two jobs: one as head manager of a restaurant that is about to open, the other as a waiter. He works long hours but he has no choice; it’s the price he must pay to have a little bit of money saved because this spring his wife and two daughters will join him.

How many others are in the same situation? It’s impossible to say. While some Greeks have taken the steps to get residency papers, or are in the long process of applying for them, most of them are likely living in Astoria illegally.

Last year, the number of Greeks who flew into New York via JFK airport was up 20% compared to 2006. And at the Immigration Advocacy Services in Astoria, a non-profit organization that helps newcomers navigate residency paperwork, staff has observed a 50% rise in Greek clients in just the past year. And given the hardships Greece is going through right now, it’s only logical that more and more Greeks will try to pursue the American dream just as Asian and European immigrants keep pouring into Greece to pursue the European dream.

Astoria Is Still A Magnet For Greek Newcomers

New York isn’t, of course, the only city Greeks go to. But Astoria is still a special place for Greeks as many of them have relatives and friends, people that can support them both practically and psychologically.

For others, those without relatives or connections, coming to the United States is a long and bumpy road. “Back in my day, it was much easier,” says Elias Tsekerides, president of the Federation of Hellenic Societies of Greater New York, an organization that promotes Greek culture. Tsekerides, who arrived in 1963 and has two children he proudly calls “Greek-Americans,” says he often receives letters or phone calls from people in Greece asking for help or advice about how to emigrate. “People have sent me their resumes. But we’re not an employment agency,” he says.

While the population of Greeks in Astoria was 22,579 in 1980, it dropped to 18,127 by 1990 due to decreased immigration and lower birth rates but it seems that the Greek crisis will result in an increase of the Greek population in New York’s “Little Greece.” For the Greeks who stayed put in Astoria, this second generation of arrivals is comforting as they hope that more blue and white store fronts will appear and more “Κalimera!” and “Gia sou!”‘s will be heard around Astoria neighborhoods.