GRNews
GreekReporter.comGreek NewsEconomyGreek Islands are Hard to Get, According to the Wall Street Journal

Greek Islands are Hard to Get, According to the Wall Street Journal 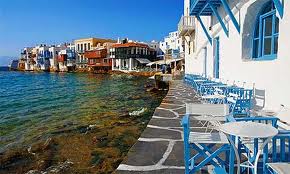 “Now could be the right time put your stamp on a chunk of Greek arcadia. But beware your island dreams don’t get submerged in a sea of red tape”.

According to the newspaper, it all started two years ago when Frank Schaffler, a German politician, suggested that Greece could chip away at its debt mountain by selling off its islands.

The WSJ also says that there are more than 6,000 islands, of which only 227 are inhabited. Aristotle Onasis and his purchasing of the Skorpios island during the fifties are also mentioned, so as to emphasize that the acquisition of a Greek island has been, ever since, the “ne plus ultra signification of extreme wealth”.

The prohibitive bureaucratic delays and the high prices set –  according to the WSJ – big obstacles to the sale of Greek private islands.

“The Greek government does not actually own any island. Offers for sale come from local landowners or shipowners” the article-writer suggests, and he explains that the real difficulty “lies in the thickets of red tape that a foreign island-buyer has to wade through, at considerable time and expense”.

As the article explains, dozens of permits are required. “First from the Defence Ministry and Agriculture Ministry, and then from layers of local authorities. “

“Once those are secured, a land survey has to make sure the title deeds are clear—a process that can set you back upwards of €10,000.”

The WSJ calls upon the example of an island sale in Crete. “Last month a Crete-based real estate agency put an ad on the internet for the sale of a 404-hectare private island. An aerial photo showed it to be lush with olive groves and equipped with at least one good sandy beach.” The price of the island seems to be outrageous; €180 million.

“Such a price is absolutely unrealistic,” says Pedro Arez of Hamburg-based Vladi Private Islands, one of the top agencies in the field. “Greek sellers really need to bring their prices down if they want a sale.”

Apart from the high prices along with the bureaucracy, many islands lie close to Turkey and that seems to be an additional prohibiting factor, because of national security issues.