Memorial in Honor of Greeks Oppressed in Siberia 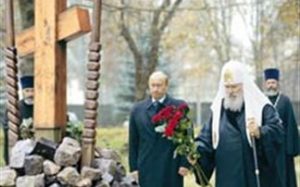 The Federation of Greek Communities of Russia managed to gather €70.000 to erect a monument in honor of the Greeks who lost their lives in the gulags of Siberia from 1937 to 1938.

During the Stalin era, thousands of Greeks were killed.  38,000 Soviet citizens of Hellenic descent were lost in the ”black hole” of the gulags. Over 20,000 people were executed, with the rest being sent to the camps of Kolyma, where few managed to survive.

Grandchildren of those Greeks in Diaspora learned how their ancestors died thanks to the Greek Federation communities in Russia.

The erection of the monument is part of a bigger research plan carried out by writer and researcher Ivan Juha, entitled the ”Hellenic Martyrology,” designed to ensure long-term research.