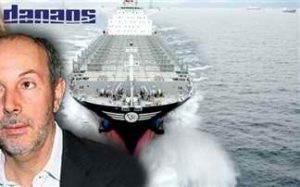 Greek container ship owner Danaos Corporation is raising $200 million in a private placement of common stock to complete to build 18 new container ships.
Danaos Chief Executive Officer Dr. John Coustas, through his family trust, and members of his family, are investing $100 million. Other investors include a private company affiliated with George Economou, the CEO of DryShips Inc., and members of Danaos executive management. Following the offering, Economou will own a 10.6% stake in Danaos and have a seat on the board.
Danaos also said it has received written commitments from 14 banks to a previously announced restructuring of its credit facility and new financing of $426 million. Danaos said it currently has total debt of about $3 billion, which is being rescheduled.