“Foreclosure”: A Horror Film about The Housing Crisis 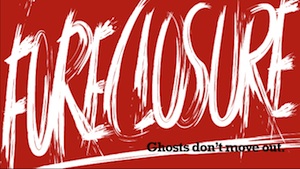 Richard Ledes is an award-winning filmmaker and writer based in New York City. His first feature film, A Hole in One (2003), starring Oscar-nominee Michelle Williams and Meat Loaf, premiered at the Tribeca Film Festival, had a theatrical release, and is now available on DVD from Genius Films. His second feature film, The Caller with Frank Langella, Elliot Gould and Laura Harring, won the “Made in New York” award at the 2008 Tribeca Film Festival. The film had a theatrical release and is now being distributed in the U.S. by Virgil Films.

Ledes is currently in the post-production stages of his new horror film, Foreclosure. He is currently in the editing process, and the movie will be ready for release in 2011.  The theme of foreclosure as a result of economic strife, is creatively expressed in this thriller and speaks out to many who are fearful of the current economic conditions.

Tom Brook of BBC news reported on how the economic crisis is inspiring cinema. He talks about Richard Ledes’ Foreclosure film and visits the set in a New York neighborhood where the independent film was shot.