TechNews
GreekReporter.com Australia Socratis Otto is "Anyone You Want"

Socratis Otto is “Anyone You Want” 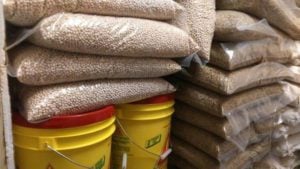 “Anyone You Want” is an Australian rom-com with Greek/Australian star Socratis Otto in the lead. Socratis has been in the recent Wolverine film as well as “The Pacific” and “The Matrix.

The movie which is directed by Campbell Graham revolves around a young businessman (Otto) who befriends a troubled homeless girl (Tabrett Bethell) on the streets of Sydney and is drawn into her secret fantasy world. Over a lost weekend they try out new personalities – from hippies to grunting cavemen. But as these games bring them closer together they are forced to confront the frightening reality of each other’s lives.

Socratis Otto graduated from NIDA in 2000 and has since worked extensively in film, television and theatre. His numerous film credits include Beautiful, The Matrix Reloaded, The Rage in Placid Lake, Macbeth, Monkey Puzzle, Wolverine: X-men Origins and yet to be released independent feature film Anyone You Want. He has appeared in some of Australia‟s most well known television series including Home & Away, All Saints and Young Lions. Socratis was also in UK/Australian co-production of the telemovie False Witness and Steven Spielberg‟s US mini-series The Pacific and most recently as naturalist Charles Darwin in ABC‟s 3 part docu-drama Darwin‟s Brave New World. Some of his theatre credits include the lead role in Co. B‟s Peribanez, STC‟s much loved Wonderful World of Dissocia, ‘Jim Sharman’s Festival success Three Furies’ and as Woyceck in Malthouse Theatre‟s production of Woyzeck.

To learn more about the film please visit: http://www.anyoneyouwant.com

For thousands of years, Greek honey has been collected for its delicious, sweet taste and healing, nutritious properties.
Canada

Growing up black in Greece? Patricia Kumbakisaka, 31, one of Canada’s most accomplished young black women, has done it. Here she describes her life in Greece.
films