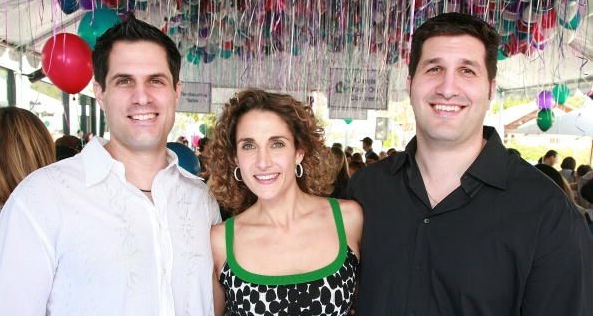 By Jim Ballas
In 2000, two brothers set out to make an independent film. Vlas and Charley Parlapanides created their first full-length film, “Everything for a Reason.” Vlas wrote and directed while Charley produced. They both had small roles as well. In the subsequent 8 years, they have remained rather quiet, but recently, that has changed.

It has been announced that Vlas and Charley are set to write the screenplay for the upcoming film “War of Gods.” The film is to be directed by Tarsem Singh, known for his films, “The Fall” and “The Cell.” “War of Gods” centers on a warrior in Ancient Greece who goes on a quest with the king only to find out he is the king’s son. It is rumored that the film will be shot in a similar style to “300.”

The brothers are keeping busy with other projects as well. They are currently writing a film called “Live Bet,” a heist film set in New York City. They are also creating a television show called, “Undercover.” They are also set to write a draft for the American remake of “Death Note,” a thriller that is originally from Japan.

Charley and Vlas grew up in Seaside Park, New Jersey. They were born to Greek parents, Vlas Sr., and Angeliki Parlapanides. Charley and Vlas filmed “Everything for a Reason” in their home town, and even had members of their family involved in the production, including their mother cooking for the cast and crew. These brothers may have come from humble beginnings, but they are quickly gaining the respect they deserve in Hollywood.