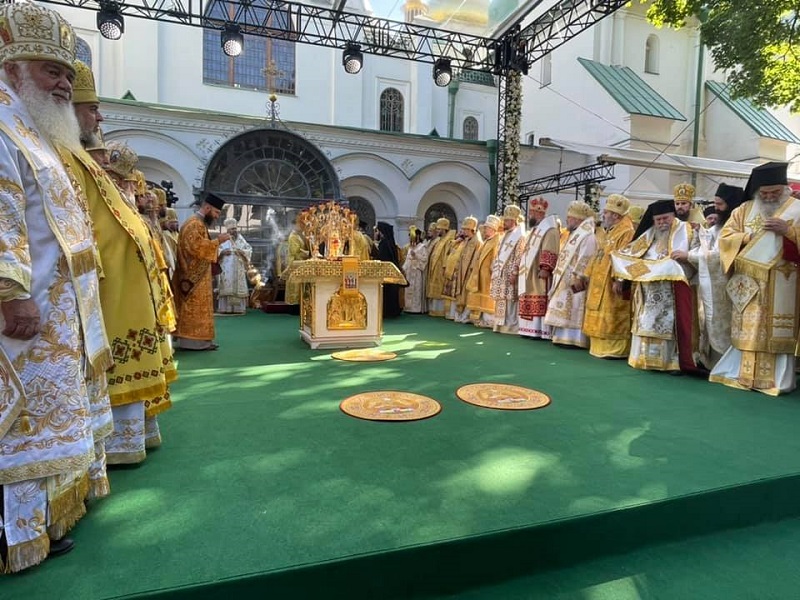 Ukraine’s recently formed Orthodox Church has declared it will become completely independent from the Russian Church.

The branch of Ukraine’s Orthodox Church that remained loyal to the Moscow Patriarchate after the 2019 schism between them has said it will break with the Russian church over the country’s invasion of Ukraine.

“We disagree with the position of Patriarch Kirill of Moscow and All Russia on the war in Ukraine,” it states.

The leader of the Russian Orthodox Church has backed Vladimir Putin’s military campaign in Ukraine, calling on supporters to rally to fight Moscow’s “external and internal enemies.”

Both Pope Francis and Elpidophoros and Archbishop Elpidophoros of America have criticized the Russian Church for supporting the invasion of Ukraine, and the EU has included Patriarch Kirill in its sanctions list.

In April, hundreds of Ukrainian Orthodox priests signed an open letter calling for Kirill to face a religious tribunal over the war.

“We see the brutal actions of the Russian army against the Ukrainian people, which Patriarch Kirill embraces,” they wrote on a Facebook post explaining their petition.

According to the priests, it had become impossible to serve the Patriarch with a clear conscience in these circumstances.

The Ecumenical Patriarchate of Constantinople, the spiritual headquarters for Orthodoxy, granted the Orthodox Church of Ukraine independence in January 2019 in a move that was adamantly resisted by Moscow.

Since then, Orthodox believers in Ukraine were divided between two competing church structures—the autocephalous Orthodox Church of Ukraine and the Ukrainian Orthodox Church – Moscow Patriarchate, which remained under the spiritual authority of Patriarch Kirill of Moscow.

The Church of Greece recognized the autocephalous Orthodox Church of Ukraine (OCU) in October 2019. It was the first among the Eastern Orthodox churches to take this step.

The Russian Orthodox Church has since cut off relations with the Constantinople Patriarchate.

In August 2021, Ecumenical Patriarch Bartholomew had visited the autocephalous Church of Ukraine for the first time and participated in festivities celebrating the thirtieth anniversary of the country’s declaration of independence.

Currently, there are fourteen autocephalous Orthodox churches that are universally recognized in the global Orthodox community. The ecumenical patriarchate of Constantinople is regarded as the first among equals, but while its leader enjoys a primacy of honor, he has no direct authority over the other churches.

The Russian Orthodox Church, is by far the largest with over 90 million members.