GRNews
GreekReporter.comGreek NewsMusicAlexandra Echavarri Releases First Single: 'Round and Round' 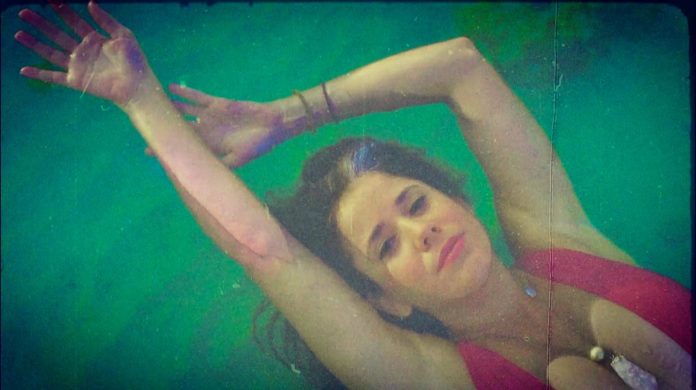 A good friend of Greece, the Puerto Rican singer, songwriter, dancer, and actress Alexandra Echavarri —who has often collaborated with Greek artists— released her first single entitled “Round and Round” recently. The new single is a lounge genre song, with which Echavarri seeks to demonstrate all her musical talent.

Born in the city of Sanjuan in Puerto Rico, Echavarri is the daughter of a Puerto Rican mother and a Cuban father. The multi-talented artist has shown her passion for the arts from an early age.

She studied Performing Arts and Music at the Savannah College of Art and design and she then moved to Los Angeles where she studied at the Groundlings School.

Her Connection to Greece

The Puerto Rican singer loves Greece; her first relationship with the country was in Los Angeles, California, where she had the opportunity to meet the artistic community of the city, with whom she shared and found a great affinity.

She visited Greece and was delighted when she felt the people as part of a family.

Echavarri says that Greece reminds her a lot of her country. “People are loving, passionate about food; the landscape, the beaches, you feel like you’re in Puerto Rico,” she told Greek Reporter en Espagnol.

The young singer hopes to continue his artistic career, with new projects to follow suit. The second single is already in the final stage of production. She will also take part in a new series and participate in new animation and voice-over projects.

Echavarri is a great friend of Greece and a true Philhellene. She has appeared in films and television shows in the US as well as worked with many renowned artists in Greece. Echavarri has also performed at New York sketch comedy shows, such as The Pit, Broadway Comedy Club, UCB, and The Magnet.

Her most recent work was in the Amazon Prime movie “Attraction to Paris,” with her role as Carmen, an undercover Interpol agent. However, her passion for the arts and music led her to release her first single dubbed “Round and Round”. This is her debut in this new chapter of her life.

Speaking exclusively withGreek Reporter en Espagnol, Echavarri noted that “My single is about the follies of love, the comings and goings, and more than anything about re-discovering your sensuality and exploring it without forgiveness.”

The first musical production of her career was quite a challenge and Eschevarri thanks her team who helped create this project.

The video clip was shot in Puerto Rico, under the ruins of an old hospital, together with a group made up entirely of women.