By Tasos Kokkinidis
November 2, 2020
Facebook
Twitter
WhatsApp
Linkedin
Email
The Greek Ministry of Education asked all schools in the country to observe a minute of silence on Monday in memory of French teacher Samuel Paty, who was beheaded by a radical Islamist in Paris in October.
The request was made by French Minister of Education Jean-Michel Blanquer during the informal meeting with his counterparts of member-states of the Council of Europe, hosted online by Greece, on Thursday and Friday. 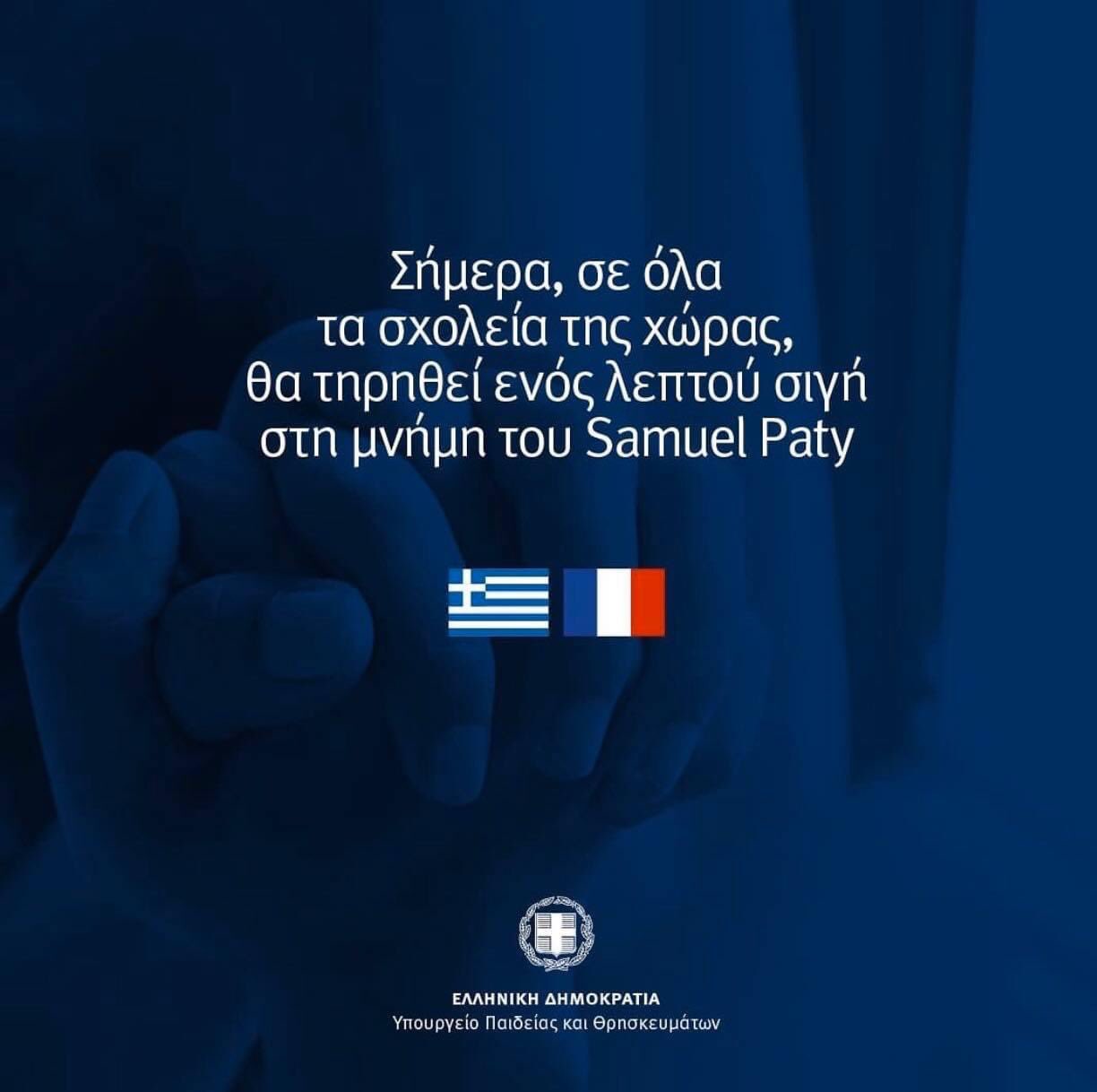 Paty, a French middle-school teacher, was killed on 16 October 2020 in Conflans-Sainte-Honorine, a suburb of Paris.
The perpetrator, Abdoullakh Abouyedovich Anzorov, an 18-year-old Muslim Russian-born refugee of Chechen descent, killed and beheaded Paty with a knife.
Anzorov was shot and killed by police minutes later. His motive for the murder was that Paty had, in a class on freedom of expression, shown his students Charlie Hebdo cartoons depicting the Islamic prophet Muhammad, including one cartoon which depicted Muhammad naked.
French president Emmanuel Macron said that the incident was “a typical Islamist terrorist attack”, and that “our compatriot was killed for teaching children freedom of speech”.
The murder was one of several attacks in France in recent years, and it created debate in French society and politics.