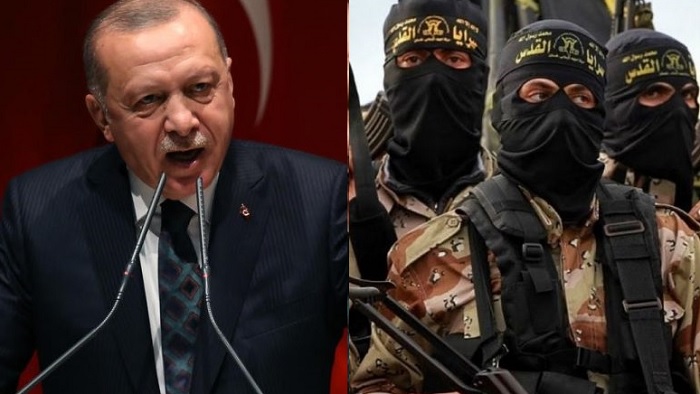 Egyptian President Abdel Fattah al-Sisi warned Greek PM Kyriakos Mitsotakis last week that Turkey may dispatch jihadists to Greece to destabilize the country, a report in the Greek daily Ta Nea reveals.
According to the report, Cairo’s concern was expressed in the Eighth Tripartite Cyprus-Greece-Egypt Summit, held in Nicosia last Wednesday.
The Egyptian president’s concern is not only about Ankara’s involvement in all the regional conflicts, but in particular about the way Turkish President Recep Tayyip Erdogan “now engages and openly uses the Islamic factor.”
In this context, the Egyptian President warned “of a wave of terrorists in Greece in the future.”
In public statements after the meeting, Al Sisi avoided referring directly to Turkey. However, he stressed the need to address tensions in the eastern Mediterranean and keep an eye on “countries that equip and finance terrorism.”
He also said that his country “does not use the issue of immigration to blackmail its partners in Europe as other countries do,” in a direct reference to Turkey.
The report in Ta Nea says that Al Sisi asked PM Mitsotakis and Cypriot President Nicos Anastasiades to keep the threat of Islamic fundamentalism high on the agenda in their meetings and consultations with their partners.
Jihadists in Azerbaijan
Earlier in October, French President Emmanuel Macron demanded that Turkey explain what he said was the arrival of jihadist fighters in Azerbaijan – and urged NATO to face up to its ally’s actions.
“A red line has been crossed, which is unacceptable,” Macron said. “I urge all NATO partners to face up to the behavior of a NATO member.
“France’s response is to ask Turkey for an explanation on this point,” he said.
The French leader was infuriated by events in disputed Nagorno-Karabakh, where there has been heavy fighting between Armenian and Azerbaijani forces.
He alleged that intelligence reports had established that 300 Syrian fighters drawn from “jihadist groups” from the Syrian city of Aleppo had passed through the Turkish city of Gaziantep en route to Azerbaijan.
U.S. Concerns
The U.S. has also expressed concern about the close liaisons between Erdogan and Islamic radicals.
In August, the State Department registered its strong objection to Erdogan’s hosting of two Hamas leaders in Istanbul on August 22.
This was the first time the State Department has called out Turkey’s close relations with and ongoing support for Hamas, a sign the US government’s patience is wearing thin with Erdogan’s harboring of radical Islamists.
As the State Department reminded Erdogan, two of the individuals in the most recent Hamas delegation – senior military leader Saleh al-Arouri and senior political leader Ismail Haniyeh – are what it terms “Specially Designated Global Terrorists.”
During his nearly eighteen years as Turkey’s leader, Erdogan has not felt the need to hide his close association with Hamas.
In 2018, Erdogan tweeted to Israeli Prime Minister Benjamin Netanyahu that “Hamas is not a terrorist organization” but “a resistance movement,” views later echoed by the Turkish Foreign Ministry in 2019.