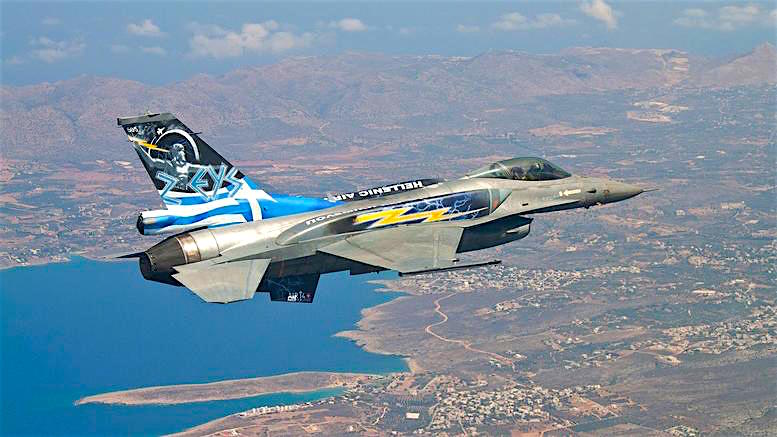 In a disturbing turn, it is reported that Greece’s Hellenic Aerospace Industry (EAB) may have to forfeit its agreement to replace parts in its own aging fleet of F-16 jets due to management and staffing issues within the company.
The Greek company was obliged to provide parts to Lockheed after signing a $279.7 million contract with the US’ Lockheed Martin for the upgrading of its own aircraft as part of a subcontractor deal.
According to Greek media reports, the problems at the EAB are serious enough at present to imperil the delivery of the much-needed parts and the situation must be resolved as soon as possible.
If the situation at the EAB is not addressed, Lockheed Martin will be forced to drop the firm as a main source for the parts and launch a bidding process for them elsewhere. Prospective areas where the needed aircraft parts might be sourced include Bulgaria, Slovakia, Taiwan, Bahrain and Morocco, according to Greek media reports.
In response, Greek Development Ministry chief Adonis Georgiadis, promised that the issues would be resolved by the end of 2020. The problems at the firm reportedly include infighting that has made the naming of a new director impossible and strikes by its employees over reduced benefits.
The company is calling for the resolution of the problems by way of adding an additional 250 workers to the Lockheed Martin program, up from the 350 who currently work in it.
The EAB may have to forfeit much of its scheduled work, as 80% of its current workload involves Lockheed Martin projects, including C-130-J transport planes, upgrades to the Navy’s P-3 aircraft and work on 84 F-16s, which would be upgraded to “Viper” class as well, which was scheduled for 2021.
When the contract for the upgraded F-16s was signed, it had been brought to light that Turkey was attempting to purchase the US-made F-35, which would be more advanced aircraft than Greece’s fleet of F1-6s.
The Associated Press at that time reported that the cost for the upgrades might reach $1.5 billion.
As tensions continue to mount over Turkey’s provocations in the Eastern Mediterranean, Greece’s new Democracy government upped its spending, allotting a 500-percent increase in its defense budget for next year, amounting to a staggering 2.5 billion euros, or $2.96 billion.

How the Parthenon Was Built to Withstand Anything